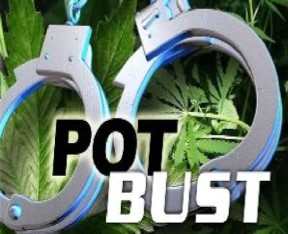 ROSAMOND – More than 2,500 marijuana plants were seized and five people were arrested on Friday when officers from various agencies served nine search warrants in the Kern County portion of the Neenach area, just west of Rosamond, authorities said.

Alejandro Ramirez, 25, Josua Flores Santos, 27, Jose Garcia, 41, Adam Garcia, 20, and Lena Makshanoff, 71, were arrested on suspicion of various drug charges related to the illegal cultivation of marijuana, according to the news release.

Investigators also found restricted use pesticides, as well as holes used to dispose of waste at some of the grow sites, officials said.

“These items can cause environmental hazards for the surrounding areas. The public is reminded to follow the current laws set forth by the state and county as it relates to the cultivation and possession of marijuana,” the news release states.

No further information on the operation was immediately available.

17 comments for "5 arrested in large marijuana bust near Rosamond"