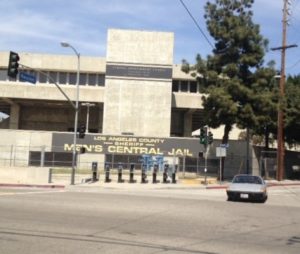 LOS ANGELES – Pushing back against years of opposition, the Los Angeles County Board of Supervisors voted unanimously Tuesday to spend $2.2 billion to replace the nonfunctional downtown Men’s Central Jail with a combination clinic and jail facility.

The board certified the project’s final environmental impact report without comment, paving the way to move forward with conceptual designs for what is dubbed the Consolidated Correctional Treatment Facility.

The goal is to accommodate a growing number of mentally ill inmates — currently pegged at about 30 percent of the total jail population — as well as individuals in need of medical and substance abuse treatment, who bring the total in need to 70 percent of all inmates. Nearly one-quarter self- identify as homeless.

Custody officials and members of the board, including Sheriff Jim McDonnell, say the new facility is critical to overall justice reform.

“The vote … is absolutely the just and right move forward. It is a vote for service, compassion and the opportunity for the most vulnerable in our care to receive the appropriate medical and mental health services in a treatment-centered environment,” McDonnell said.

After the vote, Supervisor Hilda Solis issued a statement.

“When society determines that a human being must be deprived of freedom, they should not unnecessarily be deprived of dignity,” Solis said, “Today is the next step in establishing better care for those in our custody while also ensuring that more people do not fall into our justice system.”

Cmdr. Joseph Dempsey of the sheriff’s custody services division says it is nearly impossible to comply with all the provisions of various court- monitored settlement agreements — aimed at reducing jail violence and preventing inmate suicides — without rebuilding.

The problem with Men’s Central starts with its outdated 1960s-era infrastructure, cramped, windowless cells with green metal bars and a building that lacks the space to do much more than warehouse inmates in an era that calls for educational, recreational and other programming.

Deputies can’t see inside the cells until they are right in front of them, making it tough to check on inmates. There’s a small space in the back of the dark one-man cells — about half the size of a residential shower stall — where inmates are completely hidden from sight, increasing the risk of suicides.

Most mentally ill inmates are housed at Twin Towers Correctional Facility, which has become a “de facto mental health facility,” Dempsey said, but that ’90s-era structure was built for general population and maximum security inmates and is “a horribly designed jail for mentally ill inmates.”

Inmates at Twin Towers undergo mental health evaluations in a large, noisy, open space. Some of those being assessed are chained to metal stools and far enough away from clinicians that they have to shout to explain their condition and concerns. Other high-risk inmates wearing quilted protective suicide gowns sit around the perimeter in glass-walled housing pods, chained by the wrist to tables.

“This wasn’t built for this,” said Timothy Belavich, program director for correctional health services, looking forward to a new facility with room for confidential conversations.

Once the CCTF is built, Twin Towers will be used to house inmates from the general population.

Many advocates for the mentally ill and justice reform argue that individuals with mental illness can never be effectively treated in jail and will only grow worse, even in a state-of-the-art setting. They say the county should not spend $2 billion on a new jail — which some predict will ultimately grow to $3.5 billion based on cost overruns — but instead scale back those plans and divert dollars to grow the number of community treatment beds available for mentally ill offenders.

“In the long run, we recognize that the path that we are on is not sustainable,” said Reform L.A. Jails Campaign Chair and Black Lives Matter activist Patrisse Cullors. “You cannot just keep jailing people suffering from mental illness — not even if you build nice, new, shiny jails and call them treatment centers.”

The county team doesn’t disagree that more should be done in the community but Dempsey said, “The vast majority of these individuals are not going to qualify for a community bed. The court’s not going to place them in a community bed based on their violence or the level of crimes that they commit.”

JusticeLA disagreed, estimating that 63 percent of the county’s jail population would be better served by a community-based alternative.

“Instead of planning on how to keep people out of jail, we are planning for people to go to jail,” said Reform L.A. Jails Campaign Director Jasmyne Cannick. “Most individuals living with mental illness get caught in the criminal justice system after being arrested for low-level offenses like jaywalking, disorderly conduct, trespassing or charges related to being homeless.”

Roughly 90 percent of the inmates in the county jail system are awaiting trial on felony charges or convicted of a felony, though a breakdown of violent and non-violent felonies was not readily available.

One prominent mental health advocate, Brittney Weissman, executive director of the National Alliance on Mental Illness Los Angeles County Council, spoke out in support of the jail-clinic, while acknowledging that if more community treatment were available, it would reduce jail populations.

“Our families always want their loved ones to be in a treatment facility, not incarcerated … (but) what about the inmates with serious mental illness who will remain in Twin Towers?” Weissman said. “NAMI will not shun the idea of providing better, more humane care to the incarcerated mentally ill inmates of the future. Of course, the refrain to add `more community-based resources’ is vital, but it diminishes the plight of those who will not engage with community resources and will remain in jail. They deserve better treatment while serving their sentences.”

The Reform L.A. Jails campaign is backing a ballot measure to give the Civilian Oversight Commission the authority to study ways to reduce the jail population and reinvest jail dollars into prevention and mental health treatment. Organizers said they will continue to gather signatures, regardless of the Tuesday’s vote.

“Just like the Board of Supervisors, our campaign is moving forward,” Cullors said, saying the organization had gathered 170,000 signatures.

The measure has drawn the support of high-profile names like actress and activist Jane Fonda and singer-songwriter John Legend.

“L.A. is home to the largest jail system in the world and it’s time for us to change that,” Legend said.

Solis pointed out that the jail-clinic is just one part of county efforts to reform the justice system, which include $100 million in funding for the Office of Diversion and Reentry, $25 million in state grants for Proposition 47 diversion programs, support for bail reforms to reduce the number of inmates awaiting trial in jail and a program placing felony offenders incompetent to stand trial in community beds while awaiting transfer to state hospitals.

“It is clear that this project … is only one piece of a much larger puzzle,” Solis said.