AGUA DULCE – An investigation by federal, state and county authorities has led to the seizure in Agua Dulce of hundreds of guns and the arrest of a 60-year-old man suspected of being a felon in possession of firearms and ammunition, authorities announced Monday.

The investigation was started after a tip was received by the Los Angeles County sheriff’s Palmdale Station about a local man who is a convicted felon being in possession of a large arsenal of firearms, according to a news release by the Sheriff’s Information Bureau.

About 7:30 a.m. on Thursday, June 14, Palmdale Station detectives along with investigators from the U.S. Bureau of Alcohol, Tobacco, Firearms and Explosives and the California Department of Justice served a search warrant in the 34700 block Caprock Road in the unincorporated Agua Dulce area and arrested Manuel Fernandez.

“At the residence, 432 firearms were seized during the service of the warrant,” the news release states.

At a second location linked to Fernandez, this one in the 34900 block of Sweetwater Drive, investigators seized another 30 illegal firearms possessed by a female associate of the suspect, according to the sheriff’s department.

“The female suspect was not home at the time of the warrant service and has not returned to the location,” sheriff’s officials said in the news release. “Detectives are preparing charges for the (Los Angeles County) District Attorney for filing consideration.

Another warrant served Friday, June 15, at Fernandez’s Agua Dulce home “led to the seizure of an additional 91 firearms that were hidden within the home,” according to the news release. Also seized were computers, cellphones and hard drives from the residence believed to be involved in the illicit purchase of firearms by the suspect.

The investigation was led by the Palmdale Sheriff’s Station’s Detective Bureau. It included the station’s Summer Crime Enforcement Team, Palmdale Partners Against Crime (Special Problems Unit), the Bureau of Alcohol, Tobacco and Firearms, and the California Department of Justice.

Fernandez was released from custody on Friday, June 15, after posting bond, according to the sheriff’s department. 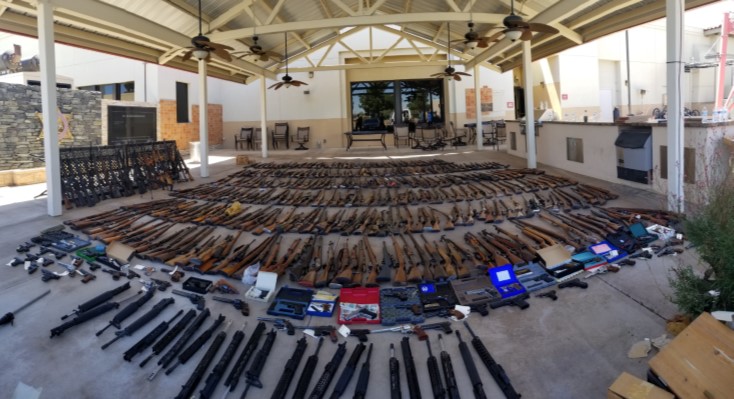 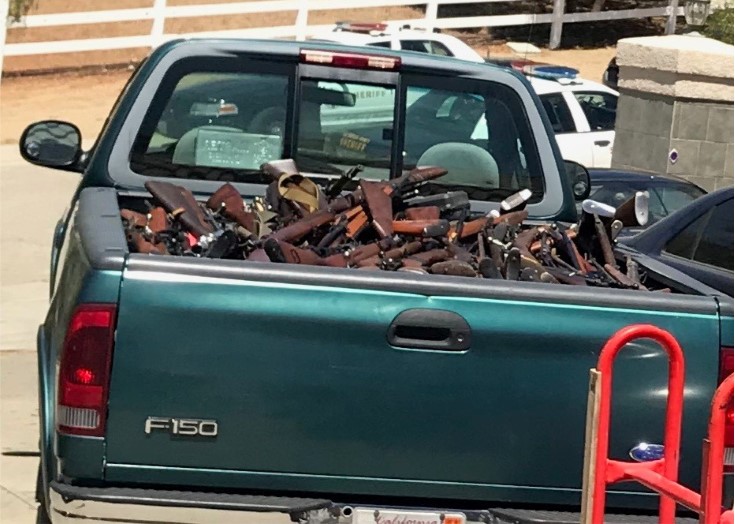