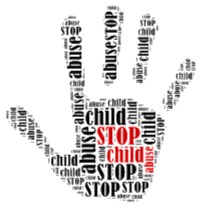 LOS ANGELES – The number of children killed at the hands of a parent, relative or caregiver in Los Angeles County dipped to 14 in 2016, down from 18 the previous year, while suicides among kids and teens decreased by 39 percent, according to reports released Monday.

The reports on child abuse and child deaths also found that the number of children referred to authorities for suspected abuse or neglect decreased slightly in 2016, and automobile accidents remained the leading cause of child deaths that year.

A history of domestic violence was prevalent in 64 percent of child fatality cases in 2016, said Deanne Tilton Durfee, executive director of the Inter-Agency Council on Child Abuse and Neglect, which complied the reports.

Still, Durfee said, child deaths at the hands of a relative or caregiver in the county were at “an all-time low,” reflecting “an overall downward trend.”

Meanwhile, the reports noted that unsafe infant sleep practices — including bed sharing — or otherwise unsafe environments accounted for about half of all undetermined child deaths. Unfortunately, after a recent decline, the number of these child deaths increased to 47 in 2016 from 24 in the previous year.

The suicide rate among those under 18 reversed the upward trend seen in 2015 when 23 youth took their own lives. That number declined by 39 percent in 2016 with 14 such deaths, the same number as the child abuse homicide tally. Eight of the 14 suicides were among teens between 15 and 17 years old.

New cases brought to Juvenile Dependency Court showed an increase from 2015, and the 13,631 children exiting the system in 2016 was a lesser tally than the number of those entering.

In 2016, a total of 4,999 cases relating to child abuse and neglect were submitted for filing consideration to the District Attorney’s Office. Prosecutors filed charges in 2,441 of those cases, with nearly half of them felonies.

Officials said that despite some alarming figures, the county remained safe for children.

“L.A. County is one of the safest counties in the country to be a child,” said Brandon Nichols, DCFS chief deputy director.

Nichols said the county’s child protection system has changed “profoundly” in the wake of the 2013 killing of Gabriel Fernandez, an 8-year-old Palmdale boy who was tortured and murdered by his mother and her boyfriend even after multiple visits from Los Angeles County social workers.

“I think of it every day — and it motivates us to do better,” Nichols said, pointing to the hiring of 2,500 new social workers to address the surfeit of cases at the time of the boy’s death.

He said new training procedures include simulations of family encounters to give social workers better methods to determine if hidden child abuse is taking place.