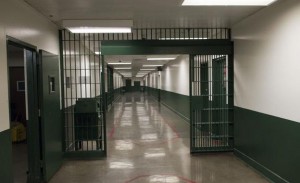 LOS ANGELES – To meet a longstanding federal zero tolerance policy on sexual abuse in prisons, jails and detention facilities, the Los Angeles County Board of Supervisors voted Tuesday to create a dedicated team to implement plans for the sheriff’s and probation departments.

Supervisor Sheila Kuehl recommended the move, saying both departments have made progress but more needs to be done. The motion also calls for individual compliance teams within each department.

Brian Williams, who heads the Civilian Oversight Commission that oversees the sheriff’s department, called it “a giant leap forward” but acknowledged that the federal 2003 Prison Rape Elimination Act is “an incredibly difficult and complex mandate.”

Asked what steps had already been taken, Probation Chief Terri McDonald said that in addition to more training, the grievance systems for reporting abuse have been modified and supervision has been beefed up in showers and other areas where juvenile offenders are especially vulnerable.

The department has also been “telling employees that we cannot have a code of silence around this,” McDonald told the board.

Karen Dalton, assistant division director for the sheriff’s department, said it was also important to educate jail inmates “that they can say no, that they can report.”

Dalton and McDonald both pointed to structural elements of the jails and juvenile halls that hinder sexual safety, including open bathroom stalls and isolated stairwells, but said solving those problems would prove difficult and expensive.

Supervisor Hilda Solis said she was especially concerned about young boys in juvenile halls and camps.

“We have incidents where staff have taken advantage,” Solis said.

In juvenile facilities across the country, roughly 75 percent of assaults are youth-on-youth incidents and recent DOJ research shows that the rate is three times higher in female-only facilities than male-only detention centers.

“The vast majority of the young people in our care have been sexually or physically abused in their childhood, so to add to that trauma … is really unacceptable,” McDonald said.

A member of the Civilian Oversight Commission said intervention and prevention go together.

“Rape should not be part of anyone’s sentence,” said COC Commissioner Patti Giggins.