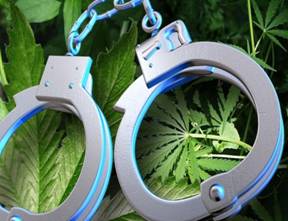 LOS ANGELES – The Los Angeles County Board of Supervisors voted Tuesday to back legislation that would automatically remove or reduce certain cannabis-related convictions.

Supervisors Mark Ridley-Thomas and Hilda Solis recommended support for AB 1793. The bill sponsored by Assemblyman Rob Bonta, D-Oakland, would shift the work of identifying cases eligible for dismissal or misdemeanor status to the Department of Justice, rather than individuals convicted.

“Thousands of eligible people around the state may be unaware of the opportunity to erase cannabis-related convictions and start anew,” Solis said. “The war on drugs primarily hinders communities of color, and our goal at the county is to give people second chances and remove barriers to employment and a productive and happy life.”

As drafted, the bill would require the department to identify relevant cases, notify prosecutors and, failing a challenge by the prosecution, automatically reduce or dismiss convictions pursuant to Proposition 64, which legalized marijuana.

Less than 5,000 people statewide have taken advantage of the legal changes and petitioned the courts to have their records changed.

Solis estimated that as many as 1 million Californians may qualify for re-sentencing under Proposition 64, which reduced the most common marijuana felonies to misdemeanors effective Nov. 9, 2016.