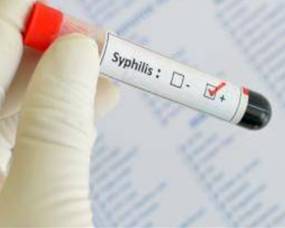 Rates of syphilis among both men and women have been steadily increasing both countywide and across California since 2012, with cases in women up 50 percent from 2016 to 2017.

Infected infants — who can be treated with penicillin if the disease is diagnosed at least 30 days before delivery — can be stillborn or suffer blindness, deafness or skeletal deformations.

DPH recommends at least one-time screening for all women 15 to 44 years old. Prevention is particularly important because more than half of all pregnancies countywide are unplanned, health officials say. A blood test is required for diagnosis.

California law requires that all pregnant women be screened at their first prenatal visit to a doctor, and the department urges women to be re- screened early in the third trimester of their pregnancy and at delivery.