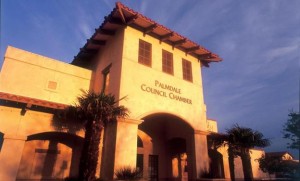 PALMDALE – The city of Palmdale was ranked the 25th Best City for Living the American Dream, according to a study released by SmartAsset on May 3.

“It is difficult to come up with any one definition for the American Dream that every American will agree on,” wrote Derek Miller, a Certified Educator in Personal Finance in the study piece. “But certainly for many people, it includes homeownership, economic opportunity and diverse communities. For these people, they need to live in a city where homes, and mortgages, are affordable and where it’s possible to climb the economic ladder.”

In order to rank the best places for living the American Dream, SmartAsset looked at the largest 257 cities which they had data for. Specifically, they looked at five metrics: homeownership rate, diversity rate, upward mobility rate, median home value and unemployment rate.

In order to rank the best cities for living the American Dream, specifically, they compared the cities across the following five metrics:

For more information on the study, visit https://smartasset.com/mortgage/the-best-cities-for-living-the-american-dream-in-2018 or email press@smartasset.com.