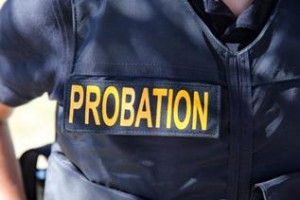 LOS ANGELES – The Los Angeles County Board of Supervisors unanimously voted Tuesday to staff and fund a new watchdog agency to oversee the Probation Department.

Supervisor Mark Ridley-Thomas championed the plan to transform the existing Probation Commission, giving it investigative power through the Office of Inspector General and shifting from an all-volunteer membership to paid staff and broader citizen participation.

Ridley-Thomas pointed to “deep and … entrenched challenges in the Probation Department,” calling the issues “so systemic that they really do impede the department from doing its work.”

In addition to years of court-ordered federal monitoring triggered by reports of abuse of juvenile offenders, the Probation Department has also been the subject of more than a dozen audits in recent years. The department was found to have mismanaged cash and trust funds, among other lapses.

Federal monitoring ended in 2015, but problems remain, including reports of sexual assaults by a probation officer at Camp Scudder and the continuing use solitary confinement at Central Juvenile Hall despite board direction to severely restrict the practice.

Chief Probation Officer Terri McDonald, who was brought in along with Sheila Mitchell, her chief deputy, to reform the department, acknowledged “profound and deep-seated” problems but told the board she also wanted to do a better job of highlighting successes, including the closure of three probation camps.

A February study by an outside consultant hired by the board recommended a broad reorganization of the department, a move to gradually close juvenile camps and work to reduce the number of adult and juvenile probationers by focusing on a less punitive, more rehabilitative model of justice.

McDonald also pointed to the opening of Campus Kilpatrick, widely hailed as a model of juvenile rehabilitation, with small-group living and an emphasis on education, counseling and job training replacing barracks-style housing and a more militaristic approach.

The probation chief said she was in favor of an oversight commission.

“I believe profoundly in oversight,” McDonald said. “I believe in community engagement and transparency in the work that we do.”

The original Probation Commission was established more than 100 years ago as a state-mandated advisory board charged with ensuring the humane treatment of juvenile probationers and providing “cursory advisory oversight” of adult operations, according to its website. Its primary role is to visit juvenile halls and camps and report back to McDonald.

As envisioned, the new commission will report directly to the board as it tracks a broad set of reforms and will expand its mission to include adult probationers. The recommended structure mirrors the Sheriff’s Civilian Oversight Commission, which uses the Office of Inspector General as its investigative arm. That stops short of the subpoena power that activists, including the Youth Justice Coalition, have demanded, but the work group concluded that working through the IG’s office would save money and reduce the need for on-the-job learning by a new investigative team.

County officials hope to implement lessons learned from the work of the COC.

Inspector General Max Huntsman said it had been hard to strike a balance between allowing outsiders critical of the department to fully voice their concerns and maintaining a collegial atmosphere to get work done, but he thought the COC was getting closer to that goal.

Brian Williams, who heads the COC, pointed to the importance of department cooperation, saying, “The key to our operation is access to good information.”

The Rev. Zachary Hoover, a member of the Probation Commission, said the commission is blocked from getting that kind of access. He offered an ambitious goal.

Hoover said there “are 684 kids in camps and halls at this moment,” and if he prayed one minute for each of them, “I would spend the next 11 hours praying for those children. I would like to get that number to zero please.”

Others spoke out on behalf of adult probationers.

Community activist Ingrid Archie said some probation officers show up at homes and places of work armed with guns and zip-ties.

“We are sick and tired of having to bargain and audition for our humanity,” said Archie, a former probationer, telling the board about “G.I. Joe showing up at a community organization … pulling folks out of their safety net for a shakedown.”

Archie and others, including a representative of the American Civil Liberties Union of Southern California, urged the board to appoint past probationers to the new commission.

Because it will take time for the commission to be set up, the board directed another work group, to be led by an outside consultant yet to be hired, to evaluate and prioritize all the recommendations for reform made by consultants over the years, identifying overlaps and creating the basis for a strategic plan.