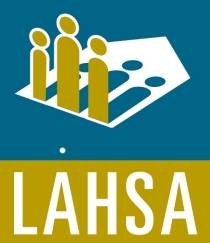 LOS ANGELES – The Board of Supervisors voted Tuesday to have the county’s auditors review changes made by the Los Angeles Homeless Services Authority to resolve past-due payments to service providers and better position the agency to manage a big jump in Measure H revenues.

A county audit released last week concluded that LAHSA was understaffed and had routinely failed to pay service providers on a timely basis, based on data for the period ending Oct. 25.

Phil Ansell, who heads the county’s Homeless Initiative, assured the supervisors that “the most serious issues identified by the auditor-controller … have been resolved.”

Ansell said the county advanced the agency $40 million to fix a cash flow problem caused in part by a mismatch in the timing of tax collections and billings for service. Invoices are now paid within seven days of receipt, he told the board.

“No provider in Los Angeles County should ever have to borrow money to provide services” funded by Measure H, Ansell said.

Program services under Measure H include providing shelter, assistance with housing and social services to homeless families and individuals.

The county knew LAHSA would have to ramp up operations as it moved to increase revenues from $94 million in fiscal year 2016-17 to $234 million in 2017-18 due to Measure H funding. Some service providers expressed concerns about their own capacity constraints in the face of growing demand, prompting Chief Executive Officer Sachi Hamai to request the LAHSA audit.

“Over 70 percent of payments owed to their contractors were past due,” Auditor-Controller John Naimo told the board.

In a written response to the audit, LAHSA Executive Director Peter Lynn told Naimo that LAHSA is working to transform the way it does business, in part through hiring independent management and business processes consultants and buying a new contract management system.

Both LAHSA and the audit letter referenced “significant improvements” since the time of the review, which was based on sampling during some portion of the 2017-18 fiscal year.

LAHSA officials say they plan to make 13 new finance hires and are engaged in a national search for a new chief financial officer.

Hamai told the board she was reaching out to county department heads for ideas and might announce some interim staffing as early as two weeks from now.

The supervisors cautioned against misinterpretation of the audit, which identified understaffing and concerns about processing payments, but no misuse of funds.

“What people take away from the news reports is that their money is not being properly spent, (which) could not be farther from the truth,” Supervisor Kathryn Barger said. “We are making a difference.”

Supervisor Sheila Kuehl agreed, saying, “The money is all going exactly where we said it would go.”

Hamai said she would report back to the board within 30 days on where the agency stands.