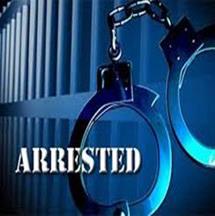 PALMDALE – A man suspected of possessing a handgun and narcotics fought with sheriff’s gang detectives who arrested him Friday in the parking lot of a Palmdale apartment complex.

The incident began at 4:48 p.m. Friday, April 6, at the La Quinta Apartments in the 38300 block of 11th Street East, Lt. G. Brandon of the sheriff’s Palmdale Station said.

The detectives observed the suspect while on patrol, Brandon said.

“When they tried to apprehend the suspect, he fought them,” Brandon said.

The suspect was taken into custody and brought to a hospital for treatment of injuries suffered in the fight, Brandon said.

He did not know how serious the injuries were, but a freelancer at the scene said the suspect was bloodied.