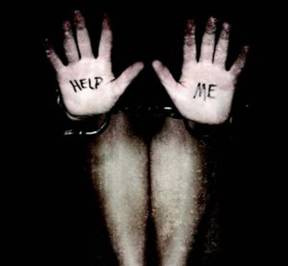 LOS ANGELES – As part of a campaign to encourage residents to step forward and report children at risk of physical, sexual and emotional abuse and neglect, the Los Angeles County Board of Supervisors declared April as Child Abuse Prevention Month.

Statewide, about one in seven children under the age of 5 is reported as a victim of suspected abuse or neglect, according to a study by the child advocacy agency First 5 LA.

“Despite these staggering statistics, child abuse is not inevitable,” Supervisor Sheila Kuehl said. “It can be prevented by helping parents cultivate the ability to cope and bounce back,” creating a support network, teaching child development and offering financial support in times of crisis.

Deanne Tilton, executive director of the Inter-Agency Council on Child Abuse and Neglect, said the youngest children are most at risk.

“Most serious or fatal child abuse is suffered by very young children, too small and helpless to escape or dial 911” Tilton said. “Infants and toddlers may suffer behind closed doors for weeks or months, if they survive.”

Last year, less than one-third of the referrals to child welfare officials involved children under the age of 5, yet most children who died as a result of abuse or neglect were under the age of 2, Tilton said.

In the case of families with a child homicide, 89 percent had a history of domestic violence.

ICAN has launched a social media campaign dubbed “No Hitters” that will culminate in a public service announcement to be shown at Dodger Stadium on April 23. Residents are urged to report abuse and neglect to the Child Protection Hotline at 800-540-4000.

Abuse may include living with domestic violence, physical or sexual abuse or bullying in school or on social media sites, Tilton said.

Under California law, child abuse involves the maltreatment, injury or exploitation of a person under 18 years old, either physically, sexually, emotionally or through neglect. According to ICAN’s most recent State of Child Abuse report, 1,785 reports of abuse in the Los Angeles County were submitted to the Department of Justice in 2016.