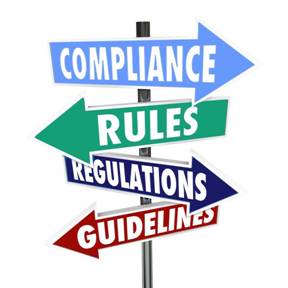 LOS ANGELES – Short-term rentals — which have expanded dramatically due to the ease of online apps like Airbnb and VRBO — may face regulation in unincorporated areas of Los Angeles County, including Quartz Hill, Littlerock and Lake Los Angeles. The Board of Supervisors voted Tuesday to explore the issue.

Supervisor Sheila Kuehl backed a plan to evaluate the impact that short-term rentals have on the overall affordability of rental housing, arguing that services like Airbnb remove inventory from the long-term rental market and drive up rental rates.

“Right now, we need to do everything within our power to ensure that we expand, not decrease, available affordable housing,” Kuehl said. “We do not want to ban short-term rentals, but we want to ensure that short-term rentals do not have a negative impact on our very important work to reduce homelessness and our efforts to reduce the number of low- and moderate-income people who are being priced out of our local rental market.”

Kuehl cited a 2015 study by the Los Angeles Alliance for a New Economy estimating that the 7,316 Los Angeles apartments on Airbnb at the time were equivalent to seven years of affordable housing construction.

However, many residents told the board that they rely on Airbnb and other rental services like VRBO, HomeAway, FlipKey and onefinestay to cover their own living expenses. They said rental income has allowed them to hang on to their homes and urged the board not to pass regulations that would threaten their new-found financial stability.

A former public high school teacher said renting out her Venice home and guest house means she can earn money while dealing with health and fertility issues and also provides other community members with jobs.

“It’s also allowed my husband to start a business that employs 11 people,” she told the board. “I employ cleaners, a handyman. We care for his mother in our home … it impacts positively the lives of 17 people.”

Another Venice resident said he relies on rental income from his guest house to pay his mortgage and health insurance premiums since being forced into retirement five years ago.

“The primary cause of many of the ills associated with short-term rentals are the commercial investors, absentee owners and speculators who have subverted the intent of home sharing,” Edward Coleman told the board. “People who share their primary residence do not take long-term rental properties off the market.”

While many short-term rentals are apartments or single-family homes leased out by their owners, some landlords rent out several units in one building through the online apps.

Neighbors of short-term rentals have complained about traffic, parking and noise.

LAANE estimated that as many as 12.5 percent of all housing units in Venice were offered as Airbnb units in 2015.

“There are 360 Airbnb units per square mile in Venice and longtime residents who never intended to live next to hotels now find themselves dealing with noise and safety concerns that negatively impact their quality of life,” its report stated.

Several speakers said they would oppose limits on the number of annual rental days, while one woman made a broader plea.

“The short-term rental market operates mostly outside the county’s regulation,” Barger said. “We want to be sure we have the necessary tools to oversee the lawful operation of this type of lodging, and this motion is a first step to understanding the current state of that market.”

Kuehl noted that the county may be losing millions of dollars in revenue because owners of short-term rentals don’t pay the same taxes levied on hotels.

The city of Los Angeles instituted a 14 percent transient occupancy tax on Airbnb units in 2016 and has already generated $13 million in revenues from that three-year agreement, according to the board motion. Some of that money has been used to support rapid re-housing programs for the homeless.

The board directed regional planners to sit down with the treasurer-tax collector and public health officials to look at the impacts on rental stock, survey ordinances in other municipalities, gather feedback from users and other interested parties, estimate potential revenues from a tax on rentals and come up with a set of recommendations in 180 days.