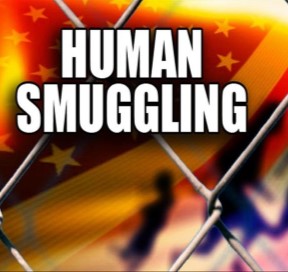 LOS ANGELES – A minivan driver for a smuggling ring that illegally brought immigrants to “drop houses” in Lancaster and, for up to $5,600, arranged to relocate them around the country pleaded guilty Wednesday to a federal conspiracy charge.

Luis Lopez-Moncho, 35, entered his plea to a single felony count of conspiracy to illegally harbor, conceal and transport immigrants who were in the country without authorization. The former fugitive, who was on the run for 10 years until his December arrest in Texas, faces up to 10 years behind bars when sentenced May 14.

Lopez-Moncho was charged along with 11 co-defendants in March 2008 following an investigation into what authorities dubbed the “three Franciscos” smuggling ring because the three lead defendants were named Francisco, according to the U.S. Attorney’s Office.

Paperwork collected in the investigation indicated that the organization illegally transported at least 5,400 immigrants without proper paperwork from mid-2004 to February 2008, according to federal prosecutors.

The probe began in May 2005 when the Los Angeles Police Department discovered two smuggling drop houses in Los Angeles in a 24-hour period. More than 140 illegal aliens were packed into those houses.

According to the 2008 indictment and a criminal complaint, an investigation by U.S. Immigration and Customs Enforcement uncovered an organization run by Guatemalan nationals who provided housing and transportation to people who had previously been smuggled into the United States from Mexico, Central American and South America.

The smuggled immigrants were brought to drop houses in Lancaster and Los Angeles, where they were housed until they or family members paid hefty fees for the domestic portion of their journey.

According to his plea agreement, Lopez-Moncho drove a Honda Odyssey minivan to illegally transport immigrants to various cities across the country. In November 2007, according to the document, he took 10 immigrants to Carthage, Tennessee, where he was stopped by local law enforcement.