NEWHALL – If you recognize anyone in these images, then Los Angeles County Sheriff’s detectives would like to hear from you.

The suspects were caught on surveillance cameras at various Santa Clarita retail stores using stolen credit cards, according to a news release from the Los Angeles County Sheriff’s Department.

“The suspects allegedly used credit cards that were stolen from several vehicles that were parked at a nature center located on the 19100 block of Placerita Canyon Road, Newhall,” the news release states.

The burglaries occurred between Jan. 21 and Feb. 6. 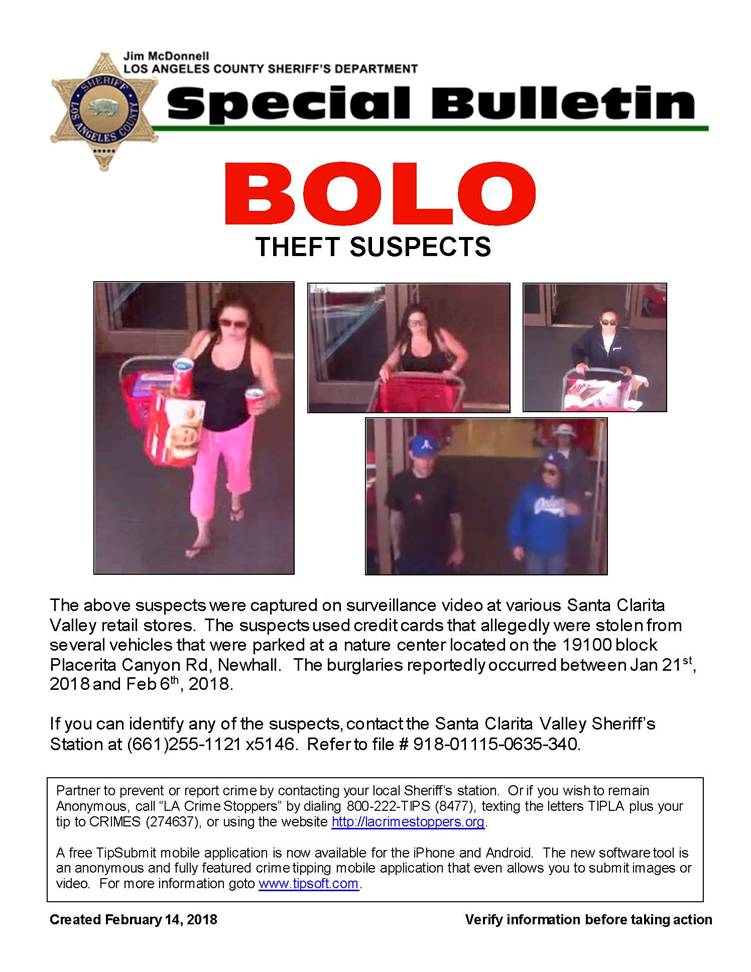