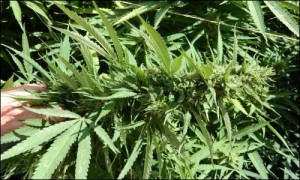 LOS ANGELES – The Board of Supervisors unanimously approved a motion Tuesday calling on the Office of Cannabis Management to develop a countywide plan to facilitate the resentencing of minor cannabis convictions.

Under Proposition 64, certain convictions qualify for reduction or dismissal. However, many people are unaware that they may be eligible for legal relief, or are deterred by the cumbersome process.

“The war on drugs led to decades-long racial disparities in cannabis-related arrests and convictions,” Supervisor Ridley-Thomas said. “We have a responsibility now to seek widespread reclassification and resentencing for those with minor cannabis convictions on their records, including the destruction of court records for youth.”

“This would remove barriers to employment, housing, financial assistance, and deepening social and economic disparities,” he added. “For many, this is the second chance that was due to them, and has been a long time coming.”

The motion, coauthored by Supervisor Hilda Solis, also seeks to prevent the disproportionate enforcement of cannabis-related offenses seen in other jurisdictions post-legalization. In Alaska, for example, while overall cannabis-related arrests fell after legalization, African Americans were still arrested for these offenses approximately 10 times more often than Caucasians were. In Washington, D.C. this racial disparity was closer to 4:1, and in Colorado, 3:1.

Eunisses Hernandez, policy coordinator with the nonprofit Drug Policy Alliance, supported the motion. “The act of getting someone’s conviction reclassified or dismissed off their record removes at least 4,800 barriers that prevent them from obtaining housing, employment and supportive services,” she told the Board. “Providing post-conviction relief services opens the door for new opportunities that allow people to fully integrate back into their communities after being impacted by the criminal justice system.”

She added, “Everyone in our communities benefit from having more people eligible for employment and other resources that allows them to support themselves and their families.”

3 comments for "Resentencing and the decriminalization of cannabis"