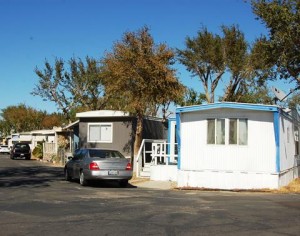 LOS ANGELES  – The Board of Supervisors voted 4-1 Tuesday to move forward with a rent control ordinance for mobile home parks in unincorporated areas of Los Angeles County, including Quartz Hill, Littlerock and Lake Los Angeles.

“Mobile home residents are in a difficult and unique situation,” Hahn said. “While they own their homes, they do not own the land underneath them. Because so-called ‘mobile’ homes are often not mobile at all, residents are particularly vulnerable to rent hikes.”

Unable to pay higher rents, some mobile home owners have been forced to sell their homes to landlords for less than market value.

Supervisor Sheila Kuehl, who co-authored the motion, said it was part of the county’s efforts to keep people off the streets.

“We have a critical shortage of affordable rental housing in Los Angeles,” Kuehl said. “This proposed rent stabilization program would help protect residents of mobile home parks from unreasonable rent increases while providing park owners with a fair and reasonable return on their investment.”

There are 86 mobile home parks and a total of 8,503 mobile home units in unincorporated areas of the county, according to the motion.

Hahn said lawyers working on an ordinance told her more research was needed. The board gave staffers six months to come up with a rent regulation measure that includes an annual cap, protects residents against cutbacks to service and maintenance, and offers a rent increase process for park owners who believe they aren’t getting a fair rate of return.

One mobile home park resident worried that landlords would hike rents in anticipation of the ordinance, while others told the board they were concerned about retaliation by owners. Hahn responded by asking county lawyers to explore whether a temporary rent freeze could be put in place while the ordinance was in process.

A report on the feasibility of a freeze is expected back in 30 days.

“Unless we, as a board, look at what the barriers are to building, we are not going to solve this problem,” Barger said.

The majority of mobile home parks in question are located in the Fifth District, which Barger represents, and the Second District, represented by Supervisor Mark Ridley-Thomas.

Kuehl implied that the ordinance could be a first step in a broader move toward rent control.

“I think it’s important to start with (mobile homes),” Kuehl said. “This will inform the work that we’re doing in the larger arena about our tenant protections.”

A 1995 California law bans rent control on single-family homes and apartments built after that year, however, backers of an initiative to repeal that law are gathering signatures to qualify the measure for the November ballot.