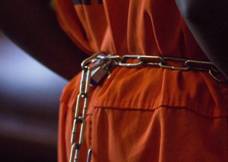 LOS ANGELES – Los Angeles County should begin gradually closing juvenile camps and focus on reducing the number of children and adults it supervises, consultants hired to review the Probation Department told the Board of Supervisors Tuesday.

The recommendation was one of several made in a 500-plus-page report presented by Resource Development Associates and whittled down to seven key suggestions.

Supervisor Mark Ridley-Thomas praised the results as “better than any other work done to date.”

RDA’s overarching message was that the department needs to move away from a punitive model to one that connects offenders to resources and opportunities that can turn their lives around.

Unless young people, in particular, have something to aspire to, they are more likely to commit new crimes, juvenile justice expert Vincent Shiraldi, part of the RDA team, told the board.

Shiraldi talked about the “unintended side effects of institutionalization that make people worse” and urged the county to follow the lead of New York City, which is housing juvenile offenders in small “home-like” settings with six to 18 beds.

But it’s not only juvenile offenders that are suffering, according to the report, which also recommended stepping down supervision of adult probationers and focusing only on those at high risk of bad behavior.

RDA called for a complete reorganization of the department, but did not advise separating the department in two to manage adult and juvenile probationers — an idea that had been floated by the board — saying that would create inefficiencies.

The consultants said the department needed to do more to differentiate the work of overseeing juvenile offenders and handling adult probationers, something the board recognized when it made two new senior hires in 2016. Chief Probation Officer Terri McDonald was brought on to lead the department, but was joined by Chief Deputy Probation Officer Sheila Mitchell, who had gained a reputation for juvenile justice reform as head of Santa Clara County’s probation team.

RDA also called for an overhaul of the department’s information technology systems. Probation relies on 46 different data systems with little integration and doesn’t use them effectively to inform decision-making, according to the report.

“(It is) not appropriate technology for a 21st century department,” Mikaela Rabinowitz of RDA told the board.

McDonald and each of the supervisors expressed support for the recommendations, as long as they don’t run afoul of the union that represents probation officers.

A representative of the American Federation of State, County and Municipal Employees Local 685 said implementing RDA’s ideas would involve additional training and more work for its union members.

“We want to ensure that the board is reminded of that,” said AFSCME Vice President Hans Liang.

McDonald said many of RDA’s ideas reflected the vision of probation officers already working on the front line, and that it was now a matter of implementation and budget.

“How do we prioritize this, how do we resource it?” McDonald said of the next steps to consider.

Community activists called for even more changes, including shutting down Central Juvenile Hall — which RDA’s report called “especially decrepit and jail-like” — and creating an oversight commission with subpoena power.

Laying out 14 recommendations from that group, McGill also expressed support for the union, saying it didn’t need to be downsized but that hiring should be diversified beyond the field of criminal justice to include social workers and youth development workers, among others.

Activist Susan Burton, a vocal critic of the Probation Department, suggested that the county’s Office of Diversion and Reentry could take on some of the work.

“The Probation Department just has too much to handle,” said Burton, who is executive director of A New Way of Life, which provides housing and resources to women leaving jail.

Supervisor Sheila Kuehl counseled patience and took issue with a Los Angeles Times editorial saying that so many reports had been “filed and shelved in the last several years” that probation officers “just assume that nothing will change — and proceed accordingly.”

Kuehl shot back that “the Los Angeles Times confuses their not being able to see it with it being put on the shelf … reform is not something that happens very quickly.”