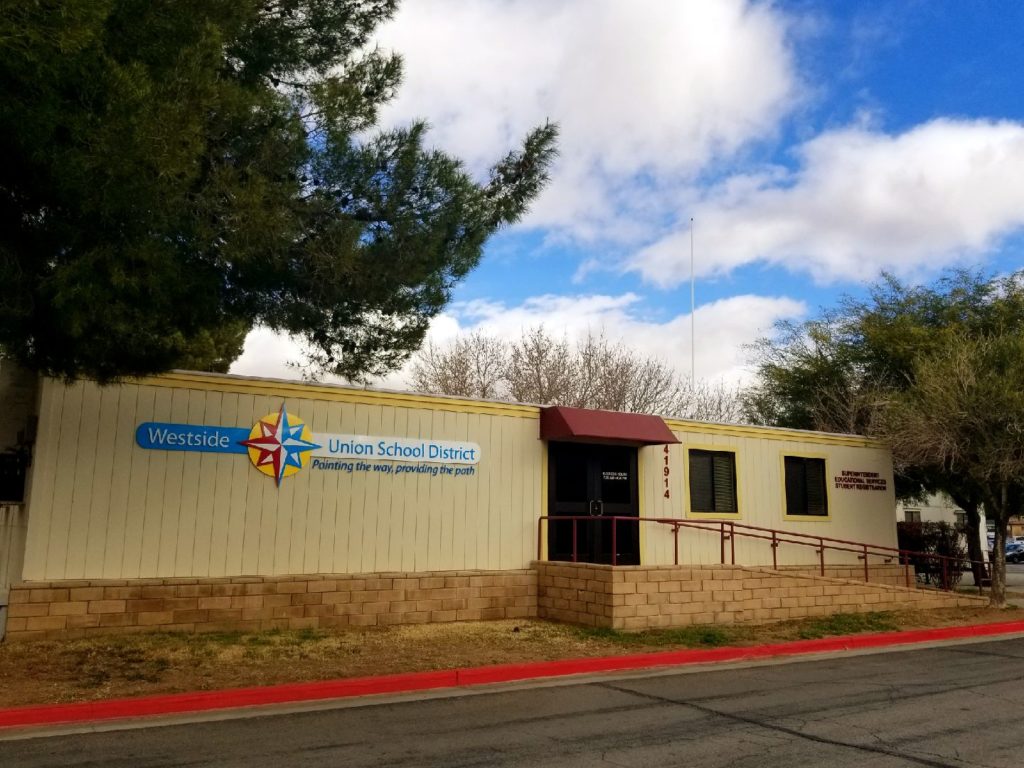 QUARTZ HILL – Westside Union School District ended the 2016 – 2017 fiscal year with no audit findings for the fourth year in a row, officials announced this week.

The audit demonstrated the district’s total net position at the end of the fiscal year at $18.1 million.

The Board of Trustees praised District staff for their hard work and dedication in successfully maintaining the district finances.

“Our management team had a clear vision in providing training sessions for everyone involved in reporting our finances, including our ASB advisors and principals,” stated Westside Union School District Superintendent Regina Rossall. “Our four-year success of no findings, which is hard to obtain for any school district, is due to the team’s attentiveness of improving our financial system.”

The annual audit was conducted by Jeannette L. Garcia & Associates accounting firm, which recognized Westside Union School District with its highest level possible by providing an “unmodified opinion” for the 2016-2017 fiscal year.

The District will continue to provide trainings and set new goals in order to maintain its status for the 2017-2018 school year.