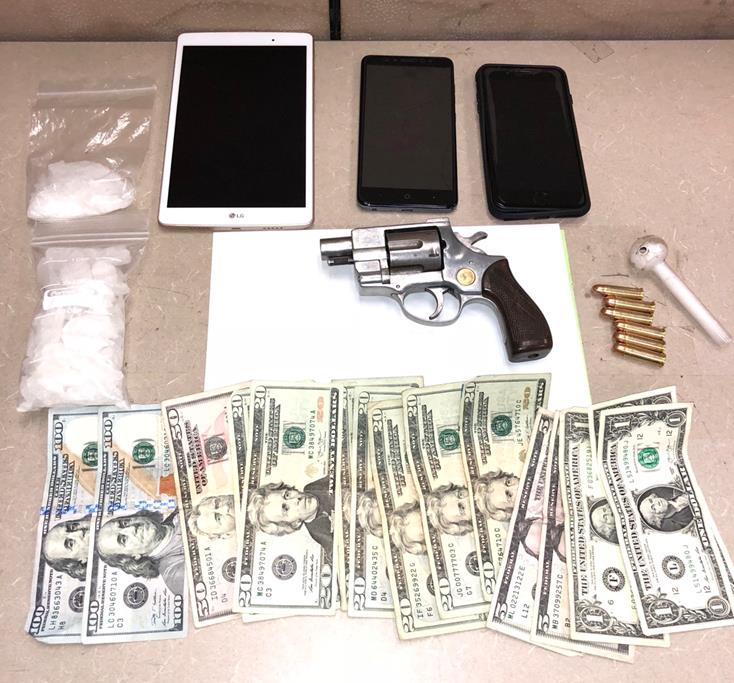 PALMDALE – A felon was arrested in Palmdale recently when a patrol deputy conducted a traffic stop and found a large amount of methamphetamine and a loaded .38 caliber revolver in the vehicle, authorities said.

The bust happened in the area of 10th Street East and Palmdale Boulevard, after Palmdale Sheriff’s Station Deputy Aquino conducted a traffic stop for a vehicle code violation, according to a news release from the Palmdale’s Sheriff’s Station.

“As the deputy was explaining to the driver his reason for the traffic stop, the driver appeared extremely nervous and made affirmative movements to the side of his seat. Fearing the driver was reaching for a weapon, the deputy had the driver exit his vehicle,” the news release states.

“For his safety, the deputy conducted a pat down search for any weapons. The driver admitted to possessing drug paraphernalia on his person and was arrested,” the news release states.

While inventorying the vehicle, the deputy recovered about 150 grams of methamphetamine, which has a street value of around $2,000, and about 7,500 individual doses, the sheriff’s department reported.

“Wedged between the driver seat and the center console where the driver originally made affirmative movements, Deputy Aquino located a loaded .38 caliber revolver,” the news release states.

The driver was previously convicted of several crimes, including robbery, brandishing of a firearm, transportation of a controlled substance and felon in possession of a firearm, the sheriff’s department reported.

“The driver begged Deputy Aquino to ‘give him a break’ because he had two strikes on his record and this was his fourth time being caught with an illegal firearm,” the news release states.

“[Deputy Aquino’s] proactive police work made the community safer by arresting a felon before he targeted victims. A dangerous controlled substance never made it to the hands of a possible overdose victim, and a firearm was removed from potentially being used in a robbery,” the news release states.

The suspect’s identity was not revealed in the news release.