LANCASTER – A man and woman are behind bars for allegedly trying to exchange their children for money or drugs in Lancaster, and authorities are seeking additional witnesses who may have seen the suspects abusing their children.

Vincent Calogero, 38, and Sarah Nilson, 32, were arrested about 4 p.m. Thursday, Dec. 14, after deputies responded to a report of possible child abuse in the 100 block of Avenue J-8, according to a news release from the Sheriff’s Information Bureau.

“Deputies contacted the suspects and determined… [they] had been attempting to give and/or sell their children in exchange for money or drugs,” the news release states.

Calogero and Nilson were booked on suspicion of felony child endangerment, child neglect and being under the influence of a controlled substance, according to the news release.

Both pleaded not guilty on Monday and were ordered to return to the Lancaster courthouse on Wednesday for a bail hearing.

The couple’s two juvenile sons, ages 1 and 2, were placed in the custody of the county Department of Children and Family Services, according to the sheriff’s department.

“Anyone with information regarding this case who may have seen the suspects abusing the children or had the suspects approach them in order to give away their children, and/or sell their children in exchange for drugs or money, are encouraged to contact Lancaster Station at 661-948-8466 or Detective Gore at 661-940-3855,” the news release states. 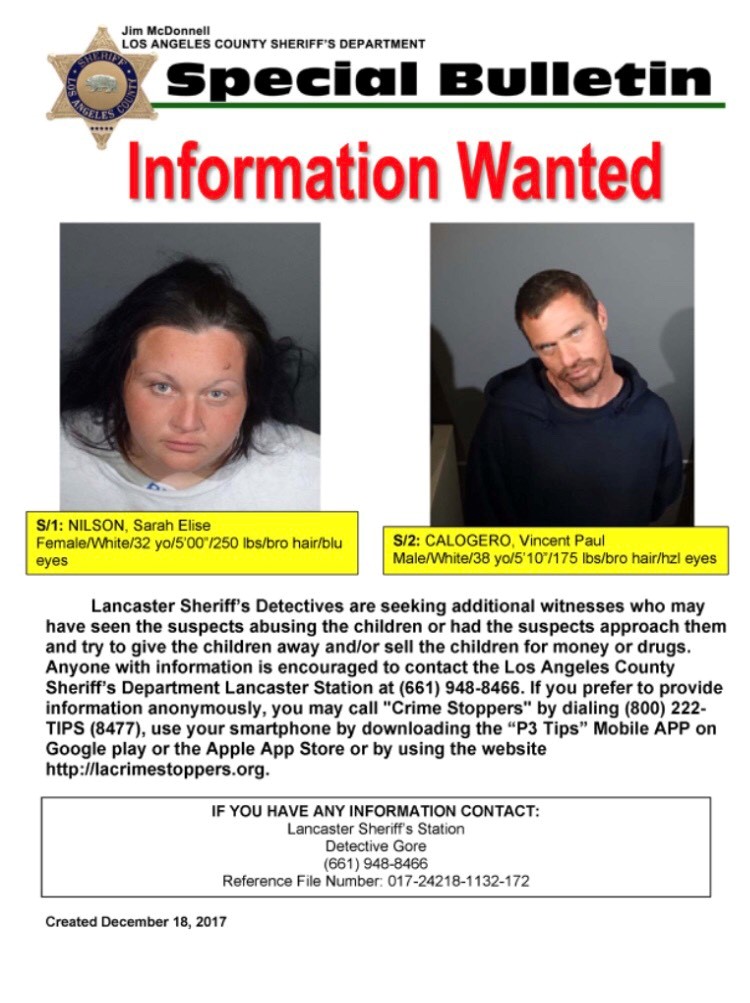