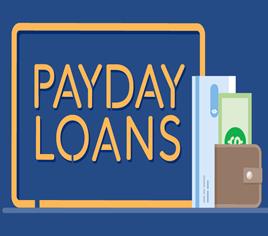 LOS ANGELES – The Los Angeles County Board of Supervisors voted Tuesday to take steps to protect consumers from payday lenders and other high-interest loan products.

“While licensed high-cost loans are a legal industry, their products often trap our communities in an unrelenting cycle of debt,” Solis said. “Today’s action strikes a balance between ensuring that borrowers have access to affordable emergency loans, while protecting them from those who would prey on our most vulnerable low-income residents.”

Solis’ motion, co-authored by Supervisor Sheila Kuehl, directs staffers to research best practices in the consumer protection arena and look at whether zoning laws could be used to limit payday lenders and other businesses offering high-interest installment loans and car title loans.

Roughly 160 high-cost payday lenders operate in Los Angeles County and about one-third are located in the First District in low-income, predominantly Latino areas, according to Solis, who represents that district. She said many seniors also rely on these high-interest loans to get by, characterizing customers as “people that are living on the edge.”

Kuehl said it is important to let people know “there are alternatives to these usurious practices.”

The plan includes a marketing campaign to educate consumers on how to cope with a financial emergency without relying on predatory lenders.

A representative from the Self-Help Federal Credit Union — one of the nation’s largest nonprofit community development lenders — said her union offers millions of dollars in consumer loans to low-income residents at better rates.

“We never charge more than 18 percent,” credit union rep Sarah Brennan told the board. “Their business model is dependent on trapping people in an endless cycle of debt.”

The Consumer Financial Protection Bureau found that the median fee on a storefront payday loan is $15 for every $100 borrowed with a median loan term of 14 days, which equals an annual percentage rate of 391 percent.

Payday loans are advertised as a source of emergency funds, but the Pew Charitable Trust found that 70 percent of borrowers use them to pay monthly expenses like rent or utilities.

More than three-quarters of payday loan fees are paid by borrowers who take more than 10 loans in a year, according to the Center for Responsible Lending, a nonprofit advocacy group affiliated with Self-Help.

Community Financial Services Association of America, a trade association representing payday lenders, said their business owners help 19 million American households manage budget shortfalls. The group has pushed back against new federal rules aimed at limiting how much and how often consumers can borrow.

“The CFPB’s misguided rule will only serve to cut off (consumer) access to vital credit when they need it most,” CEO Dennis Shaul said in October.

The trade group has threatened to sue to stop the new regulations from taking effect as scheduled in 2019.

The CFPB’s acting director, Mick Mulvaney, has also been critical of the new rules, though Mulvaney’s appointment is also the subject of a pending legal challenge.

A Montebello resident — who is now an advocate for Stop the Debt Trap in Los Angeles — told the board she knows firsthand how hard it is to break out of a cycle of high-cost installment debt.