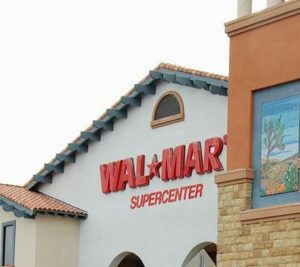 LOS ANGELES – Wal-Mart Stores Inc. is being sued by an employee who claims he took a demotion from his assistant manager position and transferred from one Palmdale store to another to get away from a female boss who told him that women were much better managers.

Wunderlin, who’s seeking unspecified damages, also alleges Wal-Mart has used his managerial designation to deny him overtime, even though less than half of his work hours are spent on administrative duties.

A Wal-Mart representative could not be immediately reached for comment on the suit filed Wednesday, Nov. 28.

Wunderlin says he was hired by Wal-Mart in May 2010 and began working as an assistant manager at one of the company’s Palmdale stores two months later. From June 2015 until March 2016, Rodriguez told Wunderlin about 10 times that he “didn’t stack up against the women working with him” and “that the women were so much better managers than he,” his lawsuit alleges.

Rodriguez also allegedly told Wunderlin at least 10 other times that “woman power is my goal here at Wal-Mart, so suck it up,” and three to five times said that he “did not know what he was doing while doing his job,” the suit states. She accused him on three occasions of lying, an allegation she never made against female employees, according to the complaint.

Wunderlin transferred to the other Palmdale store in March 2016 and took a demotion to avoid further alleged mistreatment by Rodriguez, according to the suit, which alleges Wal-Mart failed to properly supervise Rodriguez and stop her harassment and discriminatory behavior toward the plaintiff.