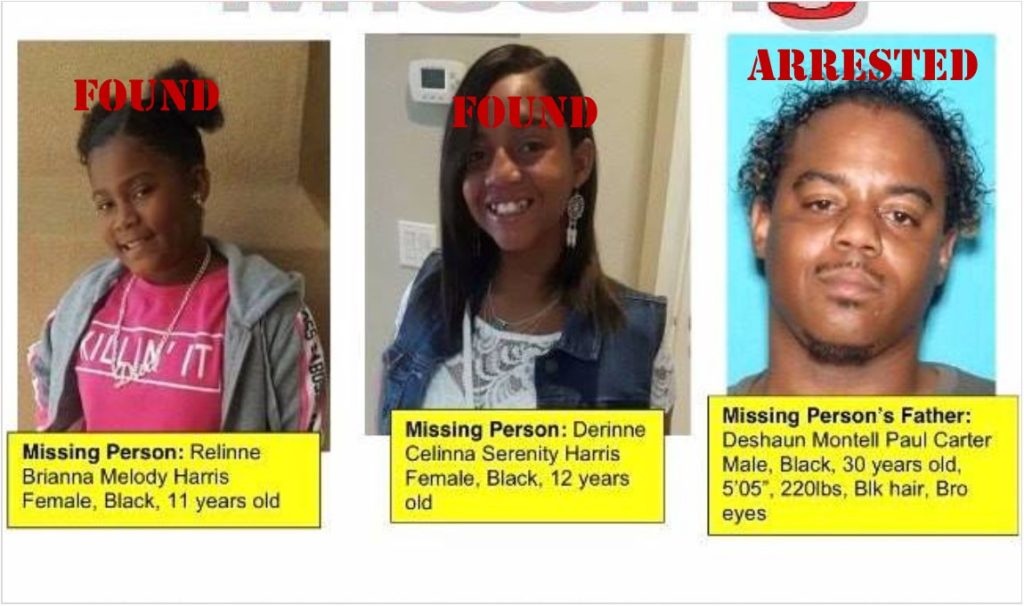 LANCASTER – Two girls who went missing Monday evening in the Lancaster area after an argument with their mother were back home Thursday morning, and their father was in custody for allegedly hiding them.

The girls, 11-year-old Relinne Harris and her sister, 12-year-old Derinne Harris, were returned home unharmed Wednesday night after being missing for two days, according to the Los Angeles County Sheriff’s Department. Their father, 30-year-old Deshaun Carter, was arrested on suspicion of child concealment.

Carter was booked at the Lancaster Sheriff’s Station at 9:48 p.m. Wednesday, Nov. 29, and jailed in lieu of $40,000, according to the LASD inmate information system.

The girls left their Lancaster home in the 4700 block of West Avenue J7 Monday night after they had an argument with their mother, authorities said. They and their father were found in Los Angeles County, but details about the investigation or Carter’s arrest were not immediately available.

After the girls absconded, their father’s last address was reported to be in Oregon.