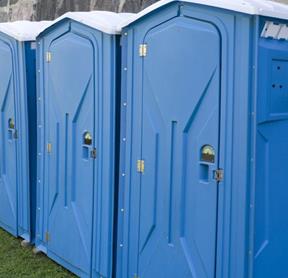 LOS ANGELES – Hoping to curb the spread of hepatitis A, the Los Angeles County Board of Supervisors Tuesday approved a plan to install portable toilets and hand-washing stations near densely populated homeless encampments in four unincorporated areas and along the Los Angeles and San Gabriel riverbeds.

Supervisor Hilda Solis said it was a matter of need.

“Having an area to wash your hands is a human rights issue, but today we are making sure our at-risk communities have access to this basic human need,” Solis said.

The toilets and hand-washing stations will be available as long as the hepatitis A outbreak lasts, which will likely be at least six months, Public Health Director Barbara Ferrer told the board.

The county has reported 32 outbreak-related cases of the virus but no new cases in the last two weeks, as compared to the 561 cases and 20 deaths last reported in San Diego County, where a state of emergency was extended on Monday.

Hepatitis A is a highly contagious liver disease and the risk is particularly great among homeless individuals who are often living in unsanitary conditions, suffering from other health issues and don’t have ready access to treatment.

Ferrer said teams surveyed densely populated homeless areas, beginning on Skid Row near downtown Los Angeles and in Venice and Hollywood and then moving on to encampments in unincorporated areas and along riverbeds. Staffers visited 222 sites and ultimately identified 50 encampments countywide that are home to at least 30 people, according to board documents.

Ferrer acknowledged that 30 was a somewhat arbitrary number, but told the board it made sense to prioritize the most densely populated areas where contagion can spread quickly.

“We have homeless people living in ones and twos and threes (throughout the county) … it would impossible to think about placing a toilet every place there is a homeless person,” Ferrer said.

The four encampments in unincorporated areas which will get facilities are in Palmdale, Lennox, West Athens and West Carson.

But many encampments in incorporated cities — where the county cannot act alone — are much larger. Homeless advocates estimate that 1,800 people sleep on Skid Row, for example.

Supervisor Janice Hahn highlighted the need to share data with city officials and help them understand the threat of contagion, an effort that Ferrer said is already underway.

“Some cities are being very accommodating, some are not,” Hahn said.

County staffers will also explore the possibility of mobile showers, which advocates said can make a huge difference for people living on the street.

Public health workers will continue to survey unincorporated areas and report back in 45 days.

11 comments for "L.A. County Board approves plan for portable toilets"