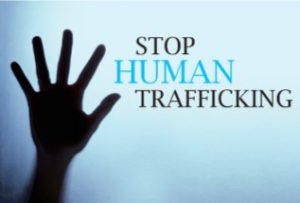 Supervisor Janice Hahn recommended an ordinance that would apply to businesses in unincorporated areas of the county, including Quartz Hill, Littlerock and Lake Los Angeles.

“Some of the massage parlors in our communities have actually become safe havens for sex trafficking, for human trafficking,” Hahn said.

Supervisor Hilda Solis, who co-authored the motion, said she had seen such businesses opening in areas dominated by heavy industry, where they didn’t seem to fit. [View the motion here.]

“In the City of El Monte, where I live, there are many massage parlors popping up in obscure places,” Solis said.

Hahn mentioned signs offering massages for as low as $15.

“I’m afraid that it’s because they’re coercing people to work there for little or no money,” she said.

Sheriff’s Capt. Chris Marks of the department’s Human Trafficking Bureau cited “a massive increase” in the number of massage businesses and told the board that nearly every complaint that comes in to the bureau results in an arrest.

The sheriff’s department has partnered with Polaris, a nonprofit group working to combat human trafficking. Researchers with the group found that of 1,500 separate ads for women in the massage industry, roughly 25 percent used telephone numbers that matched those used by websites offering a variety of sexual services.

A representative of another advocacy group said California leads the nation in cases of human trafficking, which includes both sex and labor trafficking, based on data collected by the National Human Trafficking Hotline.

“Our clients are recruited under the guise of a massage business … and endure violence and severe threats and, of course, no pay and the inability to leave,” said Kay Buck, chief executive officer of the Coalition to Abolish Slavery and Trafficking. “All of these women, very young women, are living in slave-like conditions.”

A draft ordinance is expected back within six months.

County staffers were also directed to coordinate with city managers to encourage them to adopt similar ordinances and contract with county health officials to perform inspections.

Supervisor Mark Ridley-Thomas said countywide cooperation would be critical to efforts to shut down human trafficking.

5 comments for "L.A. County aims to crack down on human trafficking in massage parlors"