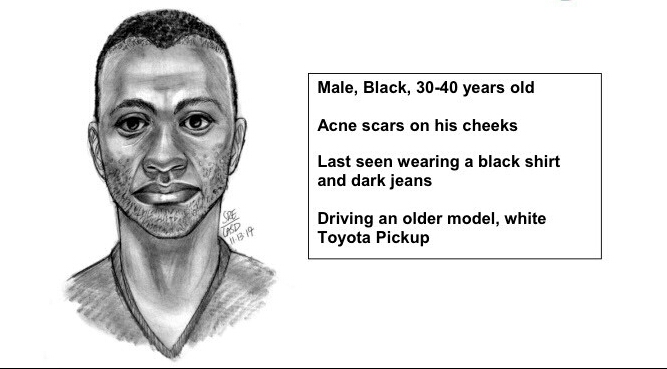 LANCASTER – Authorities have released a sketch of a man suspected of trying to kidnap a 17-year-old boy at a bus stop in Lancaster earlier this month.

The teen was in the 44300 block of Sierra Highway about 6:30 p.m. Nov. 1 when a man between 30 and 40 years old offered him a ride home, which the boy refused, according to Ali Villalobos of the sheriff’s Lancaster Station.

“The suspect then drove around the block, returned to the bus stop, exited his vehicle — a white two-door older-model Toyota pickup truck — and began chasing the victim,” Villalobos said. “The suspect grabbed the victim by his jacket, but the victim was able to get away and run to safety …”

The teen called 911 and the suspect got back into the pickup truck and drove away.

The suspect was described as black with a slim build and old acne scars on his face. He was wearing a black V-neck T-shirt and dark jeans.

Anyone with information that could help investigators track down the suspect was urged to call (661) 948-8466 to speak with sheriff’s Detective Esswein.

Anonymous tips can be submitted through Crime Stoppers by calling (800) 222-TIPS. 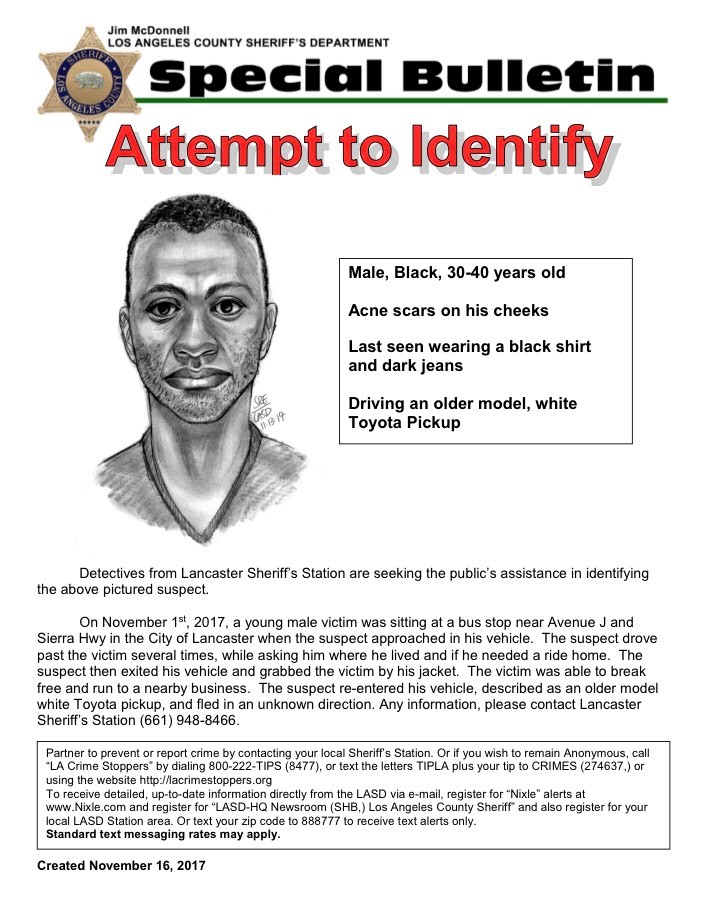