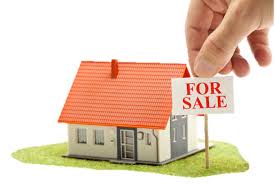 Supervisors Sheila Kuehl and Janice Hahn co-authored the motion, noting that the county is obliged under state law to auction off residential properties in tax default after five years — or after three years for commercial properties — and puts up several thousand parcels for sale each year.

Properties regularly sell at auction near or even above market value, according to the Treasurer-Tax Collector.

However, nonprofits who commit to use a property for the benefit of low- income residents or dedicate land for public use can circumvent an auction and buy properties for a minimum bid price that reflects the total of defaulted taxes, penalties and related fees.

Very few organizations take advantage of that provision of the tax code, according to the motion.

In the 12 months ended June 30, 2017, the Treasurer-Tax Collector’s office had received detailed applications from 14 nonprofits seeking to qualify to buy properties and only two properties were actually sold under the provision.

One issue may be a lack of information and the board’s vote cleared the way for creating a database of properties for would-be buyers.

The board also voted to support changes to state law that would allow nonprofits to develop mixed-use commercial and residential projects, something banned under current tax code.

Staffers will also look at whether the process of qualifying to buy properties is efficient and reasonable, without compromising the integrity of the process.

In 2006, reacting to nonprofit organizations trying to game the system by renovating properties and selling them for profit, the board put deed restrictions in place to prevent such sales and set up a system of tighter controls.