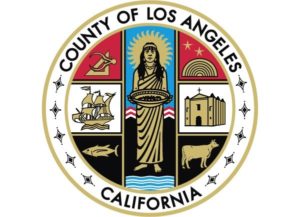 LOS ANGELES – The Los Angeles County Board of Supervisors Tuesday appointed more than one-third of the members to a newly formed Blue Ribbon Commission on Public Safety, offering a first clue to the panel’s sensibilities.

Supervisors Kathryn Barger and Janice Hahn proposed the commission in August, saying it would review how the county implements criminal justice reforms that allow early parole, reduce criminal sentences and shift supervision of parolees to counties.

The 27-member commission plans to hold its first meeting Oct. 30.

Barger appointed Mark Holscher and Stephen Larson, describing them both as “active community leaders who will offer their extensive legal experience in shaping the important work of the Blue Ribbon Commission.”

Holscher is a partner and plaintiffs’ litigator at Kirkland & Ellis, LLP. He served as an assistant U.S. Attorney for California’s Central District for six years and has been involved in various charitable organizations supporting justice causes in Southern California.

Larson has worked for 28 years as a federal prosecutor, federal district judge and criminal defense attorney. He has also taught criminal and constitutional law and served as a director for National CORE (Community Renaissance) and a trustee for Catholic Charities.

“Their perspective will help the commission create a roadmap for the county to improve public safety while supporting those who require rehabilitative and other services which impacts the well-being of our local communities,” Barger said of her appointees.

Hahn appointed sheriff’s Lt. Brian Moriguchi and Jamie Kyle. Moriguchi is a member of the California Committee of the U.S. Commission on Human Rights, as well as the Professional Peace Officers Association, the Japanese American Citizens League and the Fraternal Order of Police.

“Deputy Moriguchi will bring the important perspective of law enforcement to the Blue Ribbon Commission,” Hahn said. “His years of personal experience give him the ability to discern what will work and what won’t, while the commission examines creative solutions to keep our communities and our law enforcement officers safe.”

Kyle works as a community advocate for the nonprofit Reverence Project and is a parent organizer at Common Sense Kids Action. She is a survivor of domestic violence and lost her brother, Terrell Sherrills, to homicide in 2004, Hahn said.

“Jamie Kyle is a longtime community advocate and organizer,” Hahn said. “As an advocate for criminal justice reform, victim’s rights, and a victim of crime herself, she has a unique and nuanced experience. She knows her community and will be an asset to the commission.”

Supervisor Hilda Solis named Jose Osuna and Priscilla Ocen. Osuna is external affairs director for the nonprofit Homeboy Industries, which provides training and support for former gang members and inmates to rejoin and contribute to their communities.

Osuna had initially raised concerns about what he called a reactionary move to create a public safety commission.

The commission was prompted by the fatal shooting of Whittier Police Officer Keith Boyer and the criminal history of his alleged killer, reputed gang member Michael Christopher Mejia, who was on probation at the time.

Mejia was released from state prison in April 2016 on a grand-theft auto conviction and arrested several times after that. He was released from county jail less than two weeks before allegedly gunning down his cousin, then Boyer.

Osuna and others worried that a panel formed in response to Boyer’s death would be biased and voiced concerns about the disproportionate number of law enforcement representatives.

Solis then pushed for an amendment that added five commissioners working as activists or in service to offenders or ex-offenders, as reflected in Tuesday’s appointments.

Ocen is an associate professor at Loyola Law School, where she teaches criminal law, family law and a seminar on race, gender and the law. She has studied conditions of confinement in women’s prisons and the ways in which race, gender and class interact to make women of color vulnerable to violence and criminalization.

Raphling is a senior researcher on criminal justice for Human Rights Watch focused on the United States. He worked for 10 years as a deputy public defender in Los Angeles and founded a free legal clinic for homeless individuals. In private practice, he has represented political and community activists who were allegedly targeted for prosecution.

Peter Bibring is a senior staff attorney at the American Civil Liberties Union of Southern California and the director of police practices for the ACLU of California. He works on issues including race and bias in policing, gang injunctions, excessive force, search and seizure, surveillance, police interference with First Amendment rights and civilian oversight.

Green is an attorney and the criminal justice program manager at the nonprofit Urban Peace Institute. He leads the group’s work on the negative impacts of gang injunctions on communities. He also co-leads the Ramona Gardens Safety Collaborative, aimed at helping residents address community safety, and develops policies to meet the needs of residents in high-violence communities.

In addition to these appointees and the additional law enforcement representatives, the balance of the board will include five employees from county departments dealing with public health, mental health and community re-entry issues. It will also include a representative for cities that contract with the county for services.

The commission is expected to review the categories of violent crime that are eligible for parole and look at policies that allow probation to be revoked. It will also be tasked with tracking “very high risk” probationers, misdemeanor offenders with the highest recidivism rates and the rate of re- offense for everyone released under propositions 57 and 47 and AB 109.