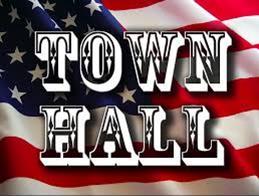 The meeting starts at 5:30 p.m. Monday, Oct. 23, at the Center for Spiritual Living, located at 1030 West Avenue L8. It is free and open to the entire community. [View a flyer for this event here.]

The meeting follows JusticeLA’s campaign kickoff against the county’s plans to build a 1,604-bed women’s lockup in Lancaster and a 3,885-bed jail/treatment facility in downtown Los Angeles to replace the rundown Men’s Central Jail.

“More than half of the people in our jails are only there because they haven’t stood trial and cannot afford to pay the high bail,” stated JusticeLA​ ​​ co-founder Patrisse Cullors. “The Board of Supervisors wants to take $3.5 billion and sink it into the same failed jail system instead of considering alternatives to incarceration.  That’s just ridiculous.”

JusticeLA will be holding town hall meetings around the county’s planned jail expansion in each of the five supervisorial districts.