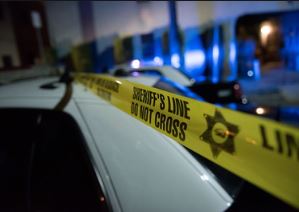 LANCASTER – Homicide detectives Sunday said they have served multiple search warrants and are continuing to follow up leads in connection with the shooting deaths of two teenagers in Lancaster.

But “no arrests have been made at this time. The investigation is ongoing,” according to a midmorning news statement from the Sheriff’s Information Bureau.

Clotee Reyes, 19, of Palmdale and Andrew James Chavez, 18, of Lancaster were pronounced dead at the scene, said Investigator Anthony Lopez of the coroner’s office.

The double shooting was reported at 1:46 a.m. Saturday, Sept. 30, in the 43000 block of Sixth Street East in Lancaster, according to Deputy Kimberly Alexander of the Sheriff’s Information Bureau.

The shooting reportedly occurred amid a dispute or altercation during a party.

Deputies responding to an “assault with a deadly weapon” call found Reyes and Chavez each lying in the street suffering from at least one gunshot wound to the upper body, said Deputy Jeffrey Gordon of the Sheriff’s Information Bureau.

Sheriff’s homicide detectives are asking anyone with information regarding the shooting to call them at 323-890-5500.

52 comments for "Multiple warrants, but no arrest in Lancaster double murder"