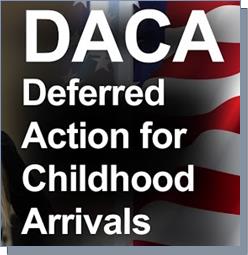 Solis said Tuesday she was “disgusted” and “disillusioned” when she heard Attorney General Jeff Sessions announce that DACA will be phased out.

“For many years, the DACA program has brought hope and security for thousands of young DREAMers throughout the nation. Our immigrant communities work day in and day out to succeed in this country. Programs like DACA help our young immigrants provide support to their parents and inspire them to believe in the `American Dream,”‘ she said.

Solis named Texas, Alabama, Arkansas, Idaho, Kansas, Louisiana, Nebraska, South Carolina and West Virginia as targets of the proposed travel restriction, which would not apply in the case of emergency assistance for disaster relief or critical law enforcement work.

The motion — to be considered next week — also calls on Congress to pass a permanent legislative solution and calls on state officials to do whatever they can to protect DACA recipients. It also calls for the county Office of Immigrant Affairs to help existing DACA recipients renew their status by Oct. 5.

Solis and Supervisor Janice Hahn hosted Mayor Eric Garcetti and dozens of DACA recipients and immigrant-rights advocates at a rally and news conference outside the Kenneth Hahn Hall of Administration before the Board of Supervisors meeting Tuesday.

Community organizers and union members held signs declaring “Con o sin papeles (with or without papers), here to stay,” as immigrants told their stories to the crowd assembled in the hot sun.

One of the speakers, Carlos, who came to the United States from Mexico at 2 years old, works as a member of Hahn’s staff and attends Cal State Los Angeles. Hahn teared up as she said DACA was enacted on the day Carlos graduated from high school.

“Carlos is just as American as I am and he belongs here with his family, with his friends,” Hahn said.

Yamilex Rustrian, the daughter of a janitor and union member, noted that President Donald Trump didn’t step forward to personally present the plan to roll back DACA, but said she wasn’t afraid to go public with her own message.

“I have something to tell you, Donald Trump,” Rustrian said. “I will not be used as a bargaining chip.”

Fighting back against the administration’s contention that immigrants living in the country illegally are responsible for taking jobs away from legal residents, Solis focused on the economic benefits that would be lost if DACA recipients left the country. She pegged their contribution to the nation’s gross domestic product — a measure of economic productivity — at $460 billion.

She highlighted the 250 so-called DREAMers working at Apple and more at Facebook and other tech companies, telling City News Service, “They’re not taking, they’re giving.”

Supervisor Kathryn Barger, the only Republican on the non-partisan board, read comments from then-President Barack Obama declaring his original executive order on DACA a “stopgap” and said she heard Sessions’ announcement as a challenge to Congress.

“(Immigration policy) has been a priority for over 15 years,” Barger said. “As a Republican sitting on the Board of Supervisors, I, for one, believe that it’s time to do something.”

Others called out specific legislators who might help push new legislation forward.

Solis named Republican “friends in Arizona,” including Sens. John McCain and Jeff Flake, and later said the current political climate might provide “a good opportunity to get something done.”