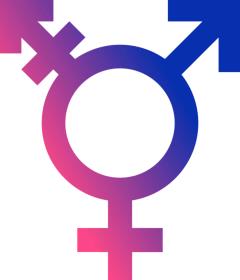 LOS ANGELES – A human rights group filed a federal lawsuit Tuesday in Los Angeles against President Donald J. Trump and other top members of his administration, alleging that a ban against transgender people serving in the military is unconstitutional.

The suit, filed by LGBTQ advocacy organization Equality California on behalf of a group of transgender soldiers, alleges that the ban unlawfully discriminates against transgender people on the basis of their gender identity, impinges upon their fundamental rights by penalizing and stigmatizing them for expressing their personal identity, and violates the right of transgender service members to openly express who they are.

The complaint states that the ban is arbitrary, without a rational basis, and motivated by animus against transgender people.

The suit was lodged on behalf of four named and three unnamed transgender plaintiffs, who contend they are harmed by the ban. Los Angeles- based Equality California represents more than 500,000 members in California, including transgender people directly affected by the president’s order.

California is home to the largest number of LGBT people and the largest concentration of servicemembers of any state, according to Equality California. The three unnamed plaintiffs are active duty transgender servicemembers serving in the United States Army and Air Force.

Among the four named individual plantiffs is Jaquice Tate, 27, an active-duty member of the Army. Three others — Aiden Stockman, 20, Nicolas Talbott, 23, and Tamasyn Reeves, 29 — are barred by the Aug. 25 directive from enlisting.

Along with Trump, the complaint names Defense Secretary James Mattis, and other top military officials as defendants, against whom it asserts several constitutional claims under the Fifth and First Amendments.

“President Trump has attacked American heroes who have risen above discrimination, hostility and lack of acceptance to serve our country by putting their lives on the line in its defense,” said Rick Zbur, executive director of Equality California. “His justification for the ban bears no relation to the truth. Contrary to what the president states, ejecting loyal members of the armed forces promotes chaos and division, not unit cohesion.”

Zbur said the cost to the government of transition-related care is negligible.

“On the other hand, discharging thousands will cost taxpayers hundreds of millions of dollars and will rip trained and loyal service members out of their units, harming military readiness and requiring the military to find and pay to train replacements,” he said. “The order effectively leaves no discretion to military leaders, many of whom are firmly opposed to this ban.”

Trump issued his directive to the Departments of Defense and Homeland Security, reinstating a prohibition against transgender servicemembers lifted last year and making good on his intentions announced on Twitter this past July to renew the ban. It also bars funding to pay for essential medical care for transgender service members except when “necessary to protect the health of an individual who has already begun a course of treatment to reassign his or her sex.” The ban must be fully implemented by March.

“Military policy must be based on military concerns, not politics,” said Shannon Minter, the legal director of the National Center for Lesbian Rights, which consulted with Equality California in preparing the case.

“As the military itself concluded, transgender people who qualify for military service are just as capable of serving our country as others,” Minter said. “The president’s new policy is an assault on dedicated service members who deserve nothing but our gratitude and respect, and it will undermine our national security.”