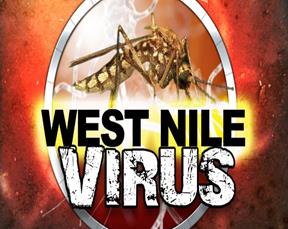 LOS ANGELES – A Los Angeles County resident is among three people confirmed as the state’s first deaths this year due to West Nile virus, the state Department of Public Health announced Friday.

The other two deaths were residents of Kern and San Bernardino counties.

“West Nile virus can cause a deadly infection in humans, and the elderly are particularly susceptible,” State Health Officer Dr. Karen Smith said. “August and September are peak periods of West Nile virus transmission in the state so we urge everyone to take every possible precaution to protect themselves against mosquito bites.”

As of Sept. 1, there were 87 human cases of West Nile virus in 13 counties across the state, including 12 in Los Angeles County and two in Orange County, according to the state. Los Angeles County health officials, however, said the total number of human cases in the county is up to 46, with eight cases confirmed in the past week.

Symptoms of the virus — which is transmitted by mosquito bites — can include fever, body aches, rash, nausea, vomiting and headaches, but many people who are infected may not show any symptoms. About one in 150 people could develop more serious problems, such as brain inflammation or paralysis, health officials said.

Mosquito season in Southern California generally spans the months of May to October. To reduce exposure to West Nile Virus, local residents are urged to:

— spend as little time as possible outdoors at dawn or dusk, when mosquitoes are generally on the move;

— use insect repellent; and

— ensure door and window screens are fitted properly to keep bugs out.