PALMDALE – A 41-year-old female passenger from Llano was killed Tuesday afternoon in a fiery two-vehicle collision in Palmdale, according to the sheriff’s department and the California Highway Patrol.

At least one of the vehicles caught fire, trapping one person inside, Bond said.

“The driver of the Honda attempted to pass the vehicle in front of him and went into the oncoming southbound lanes. He collided with the Audi A4 head on,” the news release states.

The female passenger in the Audi was pronounced dead at the scene. Her name is being withheld pending notification of next of kin.

The Honda’s driver, a 27-year-old Victorville man, was hospitalized with lacerations over his body, according to the sheriff’s news release.

The section of 50th Street East where the crash took place was shut down for nearly four hours.

Anyone with information on this crash is encouraged to call the Palmdale station’s Traffic Department at 661-272-2400.

UPDATED 8.3.17: The deceased passenger has been identified as 41-year-old Rosario Salinas of Llano, according to the Los Angeles County Coroner’s Office. Her son has apparently established to gofundme account to help cover funeral expenses. To donate, visit: https://www.gofundme.com/v3p7bp-funeral-services-for-rosario 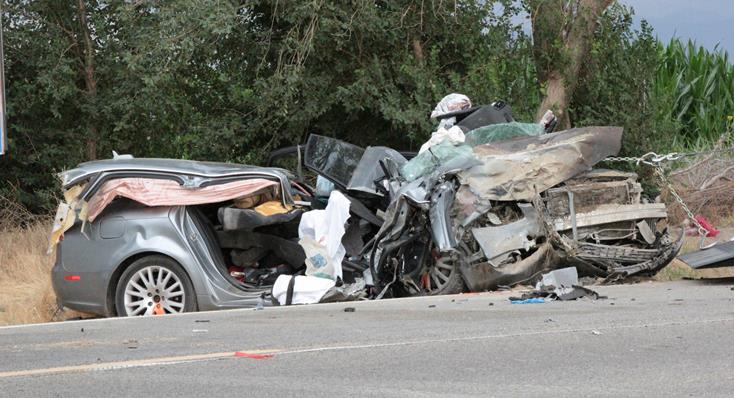