The city of Lancaster revealed the new sign at the park, located at 43063 10th Street West.

On Oct. 25, 2016, Lancaster City Council approved the renaming of the park to honor the memory and legacy of Sgt. Steve Owen, who many knew as “Bullfrog”.

Owen is known for his many contributions to the Lancaster community and the Antelope Valley.  He dedicated his time to local sports programs, his church, colleagues, special events, and his family.

Owen’s family members were humbled and honored at the memorial renaming event.

“Steve was loved by many in the community, everyone he worked with and even people he arrested,” said Owen’s wife, also known as Mrs. Bullfrog.

“We will be able to enjoy it with our family and the community he loved.  I will tell my grandchildren this is Grandpa’s Park,” she added.

“The members of the Los Angeles County Sheriff’s Department would like to thank the city of Lancaster for honoring and dedicating a place where children and families can get together and create memories, as Sergeant Owen did with his family,” sheriff’s officials said in a news release. 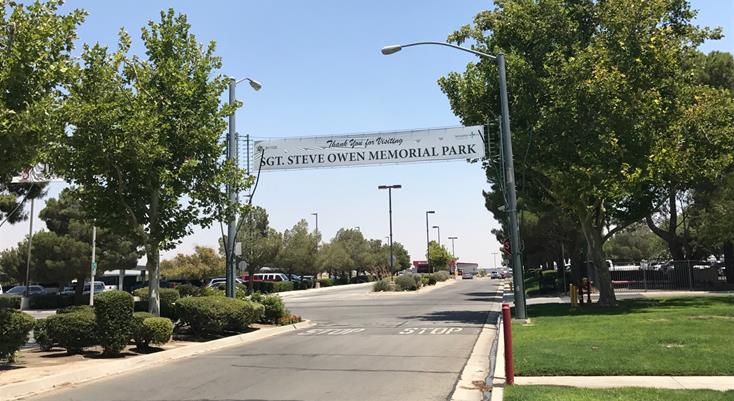 [Information via news release from the Sheriff’s Information Bureau.]

5 arrested in connection to murder of Sgt. Owen