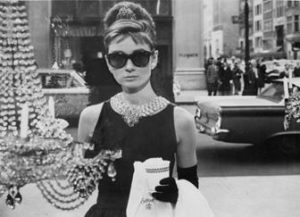 PALMDALE –The Palmdale Playhouse continues its Summer Classic Movie Series this Thursday, July 13, with a presentation of the romantic comedy classic Breakfast at Tiffany’s.

Tickets are $5 and are available only at the Palmdale Playhouse Box office. Attendees who arrive early can enjoy a complimentary dessert and beverage with paid admission.

Starring Audrey Hepburn and George Peppard, Breakfast at Tiffany’s is loosely based on Truman Capote’s novel and tells the story of Holly Golightly (Hepburn), a young woman in New York City who meets a young man (Peppard) when he moves into her apartment building. He is with an older woman who is very wealthy, but he wants to be a writer. She is working as an expensive escort and searching for a rich, older man to marry.

“You can see this Academy Award winning movie in a comfortable seat at the Playhouse and as it was originally shown—on the big screen,” said Palmdale’s Recreation Supervisor Annie Pagliaro. “

The final movie in Palmdale’s Summer Classic Movie Series will be True Grit on July 27.