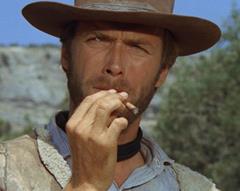 PALMDALE –The Palmdale Playhouse kicks off its Summer Classic Movie Series Thursday, June 15, with a presentation of The Good, The Bad & The Ugly.

Doors will open at 6:30 p.m. and the movie begins at 7 p.m. at the Playhouse, located at 38334 10th Street East in Palmdale. General admission is $5, and tickets are available only at the Palmdale Playhouse Box office.

Attendees who come early can enjoy a complimentary dessert and beverage with paid admission.

Written by Luciano Vincenzoni and Sergio Leone, and directed by Leone, The Good, The Bad & The Ugly stars Clint Eastwood, Eli Wallach and Lee Van Cleef. The story takes place in the Southwest during the Civil War, where a mysterious stranger, Joe (Clint Eastwood), and a Mexican outlaw, Tuco (Eli Wallach), form an uneasy partnership. Joe turns in the bandit for the reward money, then rescues him just as he is being hanged. When Joe’s shot at the noose goes awry during one escapade, a furious Tuco tries to have him murdered. The men re-team abruptly, however, to beat out a sadistic criminal and the Union army, and find $200,000 in gold that a soldier has buried in the desert.

“This is a great opportunity to see some of the greatest movies ever made on the big screen with state of the art sound,” stated Palmdale’s Recreation Supervisor Annie Pagliaro.

The other movies in the Summer Classic Movie Series include To Kill a Mockingbird on June 29; Breakfast at Tiffany’s on July 13; and True Grit on July 27.