Victor Raul Diaz, 43, Nicole Rodriguez, 23, and Jason Wardyates, 40, were arrested on May 18 after LANCAP deputies served a search warrant at a home in the 43000 block of Beech Avenue, according to a news release from the Lancaster Sheriff’s Station. 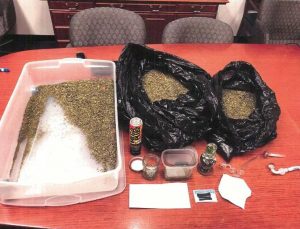 “During their search, deputies recognized the three named suspects and arrested them for forgery and carjacking. Deputies recovered three firearms and ammunition, in addition to several fraudulent credit cards and checks,” the news release states.

Tony Halstead, 61, was arrested June 1 on suspicion of possession of methamphetamine for sales after LANCAP deputies served a search warrant at an apartment in the 43800 block of 15th Street West, according to the sheriff’s news release. 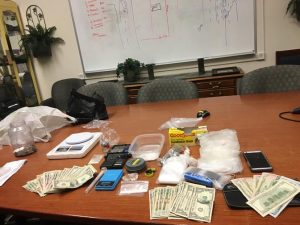 “The location, a Senior Living Community, is one of the many apartment complexes that the LANCAP team is responsible for patrolling… A large quantity of methamphetamine, ecstasy, tar heroin and powdered cocaine was seized from the suspect’s vehicle and residence,” sheriff’s officials said in the news release.

On June 2, following a hand-to-hand transaction, LANCAP deputies served a search warrant at a home in the 300th block of West Jackman Street, according to the news release.