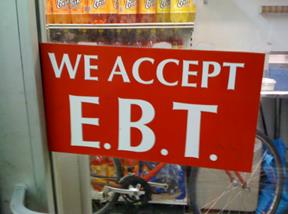 LOS ANGELES – The Board of Supervisors signaled its support Tuesday for increasing county enrollment in the state’s CalFresh food benefits program by 20 percent over two years.

Supervisor Sheila Kuehl recommended the goal, saying that more than a half million county households experienced “food insecurity” in 2015.

“Homelessness is rightfully getting a lot of attention, finally, but food insecurity is still not as much on our front burner as I think it should be,” Kuehl said.

CalFresh offers money for groceries, but only about two-thirds of county households eligible for the benefits sign up, according to an analysis by the Department of Social Services. The participation rate is nearly 93 percent in San Bernardino County.

Supervisor Hilda Solis said more needs to be done to let minority communities know that accepting benefits will not endanger families or their path to citizenship.

The board directed staffers to look at processes to increase enrollment, retention and reporting. Based on that review, the board is expected to adopt the goal of a 20 percent increase.

The county’s move comes as the White House has proposed dramatic cuts to the federal food stamp program that funds CalFresh, seeking to restrict benefits to “the neediest households.”

Until more new jobs are available for those in need, “our compassion is absolutely about how many people we can feed,” Hahn said.

More than 44 million Americans rely on food stamps, according to federal data. That number is up from roughly 28 million in 2008, the year of the financial crisis.

Participation spiked in the three years that followed and then steadily increased through 2013 to a high of 47.6 million. Rates have been declining each year since then.

The Trump administration has proposed changing income eligibility levels and shifting responsibility to the states by mandating matching funds, citing concerns that food stamps are keeping some able-bodied people from working,

The White House proposal sets out $64 billion in cuts to the program over the next five years. By the fifth year of the phased cuts, total funding would be decreased by nearly 30 percent from current levels.

Nearly three-quarters of households receiving benefits in Los Angeles County are families with children and nearly 50 percent are working families, according to the supervisors’ motion.

Based on current federal funding, 100 percent enrollment in Los Angeles County would translate to an estimated $1.8 billion in additional federal funding.

38 comments for "L.A. County seeks to increase use of food stamps as White House moves to dramatically scale back benefits"