PALMDALE – Palmdale Sheriff’s Station detectives are seeking the public’s help in locating a suspect wanted for animal cruelty and a parolee at large, both believed to be in the Antelope Valley. If you recognize them and know where they might be located, contact detectives using the information next to the suspects’ photos or by calling 1-800-222-TIPS. 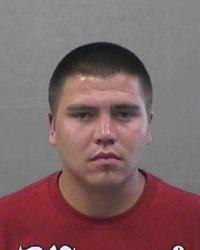 Marcus Pike is a 24-year-old male with brown hair and blue eyes. He is approximately 5 feet 7 inches tall and weighs about 170 pounds.

Pike is wanted for animal cruelty.

Pike is known to frequent the 38700 block of Landon Avenue in Palmdale.

Anyone with information on Marcus Pike is encouraged to contact Detective Hilzendeger at 661-272-2611. 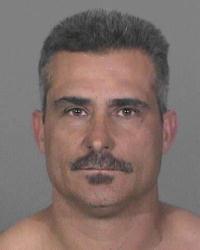 Danny Reeder is a 50-year-old male with brown hair and brown eyes. He is approximately 5 feet 9 inches tall and weighs about 200 pounds.

Reeder is a parolee at large, and there is a no bail warrant for his arrest.

He is on parole for abusing and endangering a child, spousal battery, and making terrorist threats, according to the Antelope Valley parole office.

Reeder is known to frequent 37100 block of Keith Court in Palmdale.

Anyone with information on the location of Danny Reeder is encouraged to contact Detective Pereida at 661-272-2412.