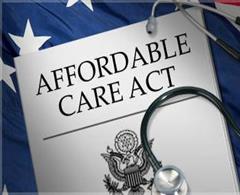 LOS ANGELES – The Los Angeles County Board of Supervisors voted unanimously Tuesday to push back against the threatened repeal of the Affordable Care Act, widely known as Obamacare.

Ridley-Thomas cited an executive order issued by President Donald Trump that grants exemptions from the ACA and delays further implementation. The Internal Revenue Service has since said it won’t reject filings from taxpayers who fail to state whether they have paid for health insurance mandated by the law.

In addition to pressing legislators not to repeal Obamacare, the board directed the county’s CEO, Sachi Hamai, and the head of the county hospital system, Dr. Mitchell Katz, to explore other options.

Katz told the board that some changes are likely.

Nobody thought that the ACA was perfect … how do we improve on it?” Katz asked the board. He said premiums are too high and 85 percent of working people cannot afford insurance unless it’s subsidized.”

Katz mentioned some ways he believed healthcare costs could be reduced, including the possibility of controlling drug costs. Offering another example, Katz said some elderly patients might be happier in assisted living, but Medicare only covers more expensive nursing home care.

The state manages Medicaid and will be front and center in addressing changes to the healthcare system. However, Katz and others said Los Angeles County should have a big role given its outsize population and control of one of the state’s most active public hospital systems.

“We are the second-largest public health system in the country,” Hamai said. She said the county receives about $900 million in federal funding for its healthcare system.

A recent study by the UCLA Center for Health Policy Research and UC Berkeley Labor Center warned a repeal could trigger a loss of $5.8 billion in gross domestic product and eliminate 63,000 jobs in healthcare and other industries in Los Angeles County alone.

Speaker Paul Ryan has said House Republicans “are working to repeal and replace Obamacare to help people who are struggling with these higher premiums, to help people who have lost their plan or their doctor or both, to help people left with just one insurer to choose from, as is the case with one out of every three counties in America.”

“This is not what the country was promised — far from it,” Ryan, R-Wisconsin, said at a Washington news conference earlier this month. “More and more, we see things getting worse. More and more, we see this law collapsing in front of us. So we could do one of two things. We could just sit back and watch the collapse happen and see people get hurt, or we could step in and conduct a rescue mission, which is to rescue the American health care system from the collapse that is coming because of Obamacare.”

Ryan and new Department of Health and Human Services Secretary Tom Price have proposed changing Medicaid — which was expanded in many states under the ACA — from a co-funded federal and state program to one paid for by a block grant of federal dollars.

Ridley-Thomas called the proposal the most serious budget issue either the state or county had faced in years.

Supervisor Janice Hahn urged those who see the benefits of the ACA to attend town halls and be vocal in their support.

In addition to roughly 1.2 million county residents who gained health insurance under the ACA, many more benefited from provisions that allowed children to stay on their parents’ policies until age 26, prohibited insurers from denying coverage based on pre-existing conditions, eliminated caps on catastrophic illnesses and required more employers to offer insurance, Ridley-Thomas said.