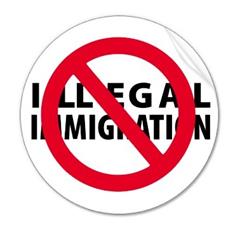 LOS ANGELES – The Los Angeles County Board of Supervisors’ vote Tuesday in support of programs that protect some immigrants from deportation drew hostility from supporters of President-elect Trump, opponents of illegal immigration and others who urged officials to focus instead on the homeless, veterans and unemployed Americans.

The board voted unanimously to support comprehensive federal immigration reform and work to protect Deferred Action for Childhood Arrivals and Deferred Action for Parents of Americans and Lawful Permanent Residents, two federal policies for undocumented immigrants adopted during the Obama administration.

It also agreed to back a bipartisan bill dubbed the BRIDGE Act, the Bar Removal of Individuals who Dream and Grow our Economy Act, designed to provide a backstop should DACA be eliminated by the incoming administration.

The motion to add these policies to the county’s legislative agenda was co-authored by Supervisors Hilda Solis and Kathryn Barger.

“Even though there has been a myriad of proposed legislation pertaining to immigration, our immigration system remains broken,” the motion stated. [Read the motion here.]

Barger has consistently argued for trying to solve the problem at the federal level.

The vote was condemned by more than a dozen speakers, some of whom declined to give their names. Prior to the meeting, a group of protesters stood outside the Hall of Administration next to a small SUV covered in flag decals, pro-Trump slogans and a photo of Hillary Clinton behind bars in black-and-white jail clothes, above the caption, “How to Make America Great Again.”

Some accused the board of treason and another called the county a banana republic.

“The supervisors should focus on American citizens — homeless, veterans, unemployed and disabled — not illegal aliens,” Rhue Guijant told the board. “The motion to shield illegal aliens in the country promotes and supports federal lawbreaking.”

Mark Masaoka, policy director of the Asian Pacific Policy and Planning Council, spoke in support of the board motion.

“Entire industries are dependent, whether we like it or not, on immigrant labor,” Masaoka said.

An opponent countered that “every one of them has stolen someone else’s job.”

A community activist waiting to speak on another issue said he couldn’t help but speak up.

“The level of hate and the vitriol that I’m hearing has to be challenged,” Hamid Khan said of the opponents depicting “the faces of the other, the savage native, the criminal black, the illegal Latino, the manipulative Asian, the Muslim terrorist, these are the faces that are constantly paraded … in our culture, in our politics … rather than looking at the real thing.”

Solis said the county was committed to protecting immigrant residents.

“Los Angeles County will stand up and protect our immigrant residents against any changes to federal policy that seek to unfairly target or scapegoat them,” Solis said in a statement following the vote. “Whether they unfairly target community members for deportation or threaten to cut funding that many of our county services rely upon, we are taking action to shield them from these potentially harmful changes.”