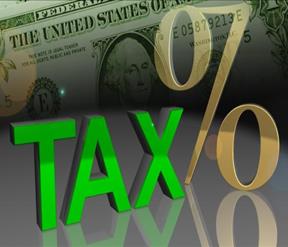 LOS ANGELES – The reconstituted Los Angeles County Board of Supervisors unanimously approved a plan Tuesday to put a quarter-cent sales tax to fund the fight against homelessness before voters in a special countywide election March 7.

Supervisor Mark Ridley-Thomas teamed up with Supervisor Janice Hahn to recommend the tax, a measure Ridley-Thomas had pushed for in July, but failed to garner enough support to pass.

The board also considered a number of other funding alternatives for homeless services, including a millionaires’ tax, a parcel tax and a tax on marijuana, but could not agree on any option to put before voters in November.

Hundreds of people were in the audience to show support for the fight against homelessness, including billionaire philanthropist Eli Broad and Los Angeles City Councilmen Gil Cedillo, Marqueece Harris-Dawson and Jose Huizar.

Organizers who assembled a crowd outside on Temple Street before the board meeting said more than 75 organizations, including community advocates, labor unions and faith groups, had joined together to press for a March ballot measure on the issue. It took more than an hour for everyone to clear through security and some were forced to stand in the back of the packed board room, while others assembled outside listening to the meeting over loudspeakers.

“This is the face of democracy in the county,” Ridley-Thomas said.

Ridley-Thomas also joined with Supervisor Kathryn Barger on a proposal to have homelessness declared a county emergency, a move that paves the way to put the sales tax on the March ballot.

That motion was also unanimously approved.

The board voted in June to press state officials to declare a statewide emergency and direct more funding to the problem. Some state lawmakers have echoed that call, but Gov. Jerry Brown has resisted such efforts.

Hahn said that if any other disaster — an earthquake, fire or flood — left 47,000 people homeless, “We would bring every resource we could and many people would stay up at night worrying” about how to get people back in their homes.

That January point-in-time count of the homeless reflects a 19 percent increase since 2013, according to the Los Angeles Homeless Services Authority.

“In contrast to almost anywhere else in the United States, most people who are experiencing homelessness in the county of Los Angeles are unsheltered,” the county’s Assistant CEO Fesia Davenport said.

The number of those in tent encampments, huddled under freeway overpasses or otherwise on the street account for nearly three-quarters of the 47,000 homeless people, according to the LAHSA data.

Cedillo recalled a recent trip to Hamburg, Germany, during which he didn’t see one homeless person.

“Not one person in this county should be sleeping on the streets,” Cedillo said.

The county and most advocates across the country now back a model called “housing first,” which focuses on getting people into housing in spite of drug, alcohol or other problems they may have and then offers mental health and substance abuse treatment and other supportive services.

Officials have learned, Hahn said, “It’s impossible to get your life together if you’re on the streets.”

The quarter-cent sales tax is estimated to provide $355 million annually for 10 years. A sunset clause is built in for accountability and assessment.

Two-thirds of voters will need to approve the measure for it to pass.

Other city and district elections might be consolidated on the March 7 countywide ballot.

When Ridley-Thomas first proposed a special election, he said three dozen other jurisdictions, including the city of Los Angeles, were set to hold elections in March. He estimated that a consolidated election would cost roughly $19 million, with the county to pay half.

Supervisor Kathryn Barger pressed state lawmakers to allocate additional funding to Medicaid so that more federal matching funds could be drawn down and used to provide services to the homeless.

“As we move forward, it shouldn’t be an either or, it should be an and,” Barger said of state versus county funding.

Katz told the story of a man he met in a county urgent care clinic.

Here we have a man in his 60s who has suffered a stroke, living in a friend’s garage and sleeping sitting up in his wheelchair,” giving him a pressure sore that won’t go away, Katz said. “There are many diseases I cannot cure … I can actually cure homelessness. The cure is a house.”
–