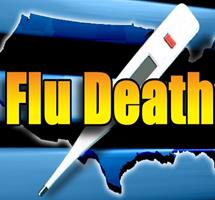 LOS ANGELES – A north Los Angeles County patient was confirmed Thursday by state health officials as California’s first flu-related death of a person under age 65 for the 2016-17 flu season.

The death was the first flu-related fatality in the county. According to the Los Angeles County Department of Public Health, the patient was a middle- aged man from the northern part of the county, and he had “significant pre- existing medical conditions.”

“As this unfortunate case illustrates, the flu can be deadly and causes thousands of fatalities each year in the United States,” said State Public Health Officer Dr. Karen Smith. “Fortunately, people can get vaccinated to help keep them from getting sick and spreading the flu to others.”

According to state public health officials, there have been 11 flu-related cases in people under 65 that required treatment in an intensive care unit so far this season in California. The flu season can generally begin as early as October, and can continue into the spring.

State health officials urged flu vaccinations for residents older than six months, including pregnant women.
Dr. Jeffrey Gunzenhauser, the county’s interim health officer, noted that influenza activity is at a relatively low level in the state, but the death should be a reminder about the potentially fatal consequences of the illness.

“Vaccination is the best method to protect oneself from the flu,” he said. “Getting vaccinated against influenza protects both the person who receives the vaccine and also reduces the chance they will become ill and spread the flu to family and friends.”