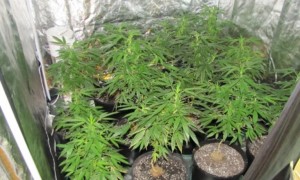 LOS ANGELES – The recreational use of marijuana and hemp in California was approved by voters Tuesday.

Proposition 64 will also establish packaging, labeling, advertising and marketing standards, and restrictions for marijuana products, including prohibiting marketing and advertising marijuana to minors. The initiative also authorizes re-sentencing and destruction of records for prior marijuana convictions.

The measure will impose a state excise tax on retail sales of marijuana equal to 15 percent of the sales price and state cultivation taxes on marijuana of $9.25 per ounce of flowers and $2.75 per ounce of leaves.

An analysis conducted by the Legislative Analyst’s Office and Department of Finance found the passage will result in net additional state and local tax revenues potentially ranging from the high hundreds of millions of dollars to more than $1 billion annually related to the production and sale of marijuana. Most of these funds will be required to be spent for specific purposes such as substance use disorder education, prevention and treatment. 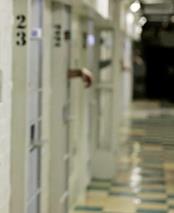 “Non-violent” California prisoners will have a chance at parole after completing their minimum sentence under a measure approved by voters Tuesday.

Proposition 57 will allow parole consideration for people convicted of “non-violent” felonies after completing the prison term for their primary offense, and authorize prison officials to award inmates sentencing credits for rehabilitation, good behavior or educational achievements. The measure will also give juvenile court judges the authority to determine if juvenile offenders aged 14 or older should be tried as adults.

Gov. Jerry Brown was a chief proponent of the measure. He and other backers of the measure insisted it will put an emphasis on rehabilitation, reducing the likelihood of felons committing new crimes.

The proposition was opposed by a multitude of law enforcement agencies and officials, including Los Angeles County Sheriff Jim McDonnell, who said the list of offenses labeled “non-violent” by the proposition includes acts such as rape of an unconscious person. 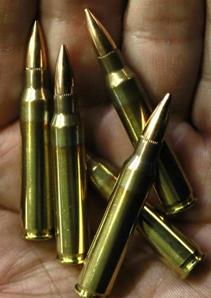 A gun- and ammunition-control initiative, the provisions of which include prohibiting the possession of large-capacity magazines, will become the law of the land in California thanks to voters’ approval.

In addition to requiring the destruction or removal from the state of large-capacity ammunition magazines, Proposition 63 will also require most individuals to pass background checks and obtain Department of Justice authorization to purchase ammunition.

Passage of the initiative will result in increased state costs in the tens of millions of dollars annually related to regulating ammunition sales, likely offset by various regulatory fees authorized by the measure, according to an analysis conducted by the Legislative Analyst’s Office and Department of Finance.

RESULTS FOR ALL STATE BALLOT MEASURES 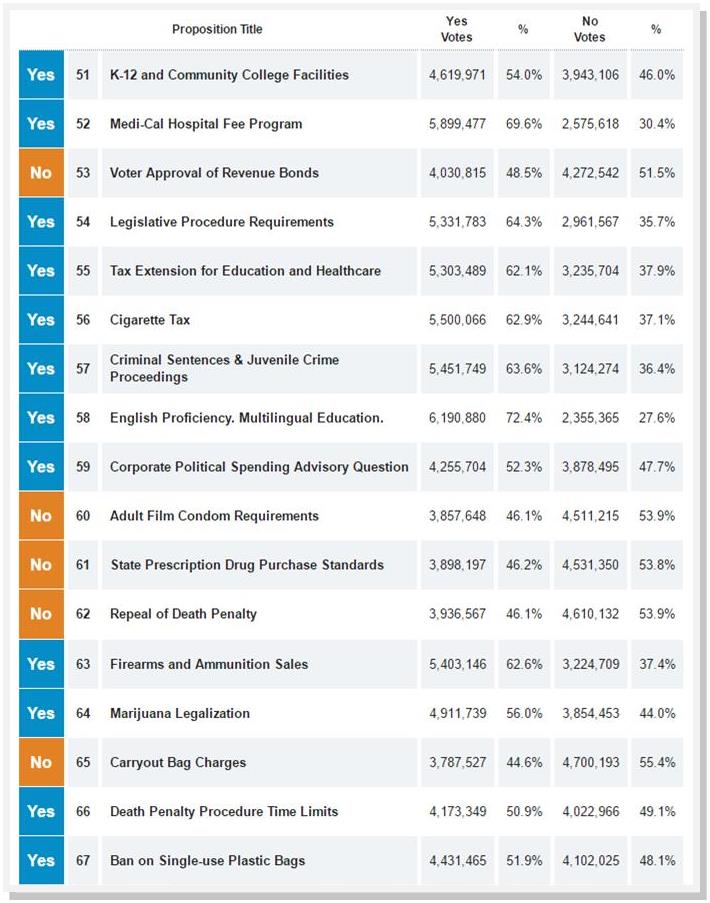