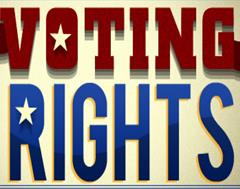 PALMDALE – The City of Palmdale has joined the League of California Cities in applauding the recent signing of a series of new California Voting Rights Act (CVRA) measures.

The new measures were signed into law as AB 350 on Sept. 28 by California Governor Jerry Brown.

Since the enactment of CVRA, dozens of cities and additional local government entities have been sued for alleged violations. CVRA provides generous recovery for attorney’s fees, and consequently, cities have incurred extremely high legal costs — some as high as $7 million. Local agencies in recent years have paid an estimated $20 million in legal fees to plaintiffs’ attorneys. This estimate does not include internal costs expended by the agencies during CVRA litigation.

In a news article on www.cacities.org, the League of California Cities applauded Governor Brown, Assembly Members Luis Alejo and Jim Cooper, as well as the wide range of stakeholders who came together on these measures.

“This is an important step in taking away money as an incentive for predatory CRVA lawsuits,” stated Palmdale City Manager Jim Purtee. “Palmdale was so seriously impacted by these egregious predatory practices that we were one of the primary examples provided to the state legislators that compelled them to pass AB 350.”

“Despite the fact that Palmdale is a minority majority city, with a 57 percent Hispanic population, we were dragged into a lawsuit for financial gain,” Purtee added. “The monies collected by these predacious attorneys could have provided for police sources, education, street repairs and other City and district services.”

Under AB 350, prospective plaintiffs are required to send a written demand letter alleging that the local government has violated provisions of CVRA. Upon receipt of the letter, a local government has an initial 45 days of safe harbor (protection) to assess their needs and make a determination if they wish to contest the alleged violation or convert to districts through the ordinance process. Should the city choose to convert to district through the ordinance process, the city is afforded an additional 90 days to comply before a lawsuit can be filed.

Key provisions of AB 350 include:

“We join the League of California Cities in thanking the governor, legislature and all who worked to help protect cities, and ultimately taxpayers, from costly unnecessary litigation,” Purtee said.