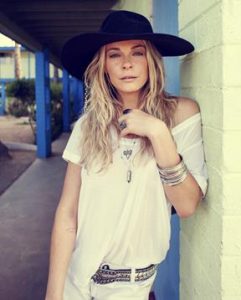 The concert was originally scheduled for July 23, but was cancelled due to smoke caused by the Sand Fire. Tickets for the July 23 concert are valid for the Sept. 25 show.

To show appreciation for all their efforts in fighting the Sand Fire, members of the U.S. Forest Service, Los Angeles County Fire Department, California Highway Patrol and Los Angeles County Sheriff’s Department will receive free admission for themselves and a guest to the concert, simply by showing their ID or badge at the ticket booth.

“We are thrilled that we were able to reschedule LeAnn for what promises to be an excellent show on a beautiful Sunday evening,” stated Director of Recreation and Culture Keri Smith.

“Not only will we be treated to an amazing performance by LeAnn, but we’ll also get to say ‘thanks’ to the brave men and women who protect us from disasters such as the Sand Fire,” Smith added.

LeAnn Rimes has had 42 singles on the Billboard Hot Country Songs chart, 13 of which are Top 10 hits, and has scored numerous hit singles in her career, including “Can’t Fight the Moonlight” which went #1 in 11 countries, and “How Do I Live,” which is the second longest charting song ever on the Billboard Hot 100 chart. With more than 44 million albums sold, two Grammy Awards, three Academy of Country Music Awards and 12 Billboard Music Awards, Rimes is also the youngest recipient ever of a Grammy Award, and the first country recording artist to win in the “Best New Artist” category.

General admission tickets to the concert are available at www.palmdaleamphitheater.com for $20.Tickets at the gate on the day of the show will be $25. VIP seating is sold out.

Gates will open at 6 p.m. Food, soft drinks, beer and wine will be available for purchase. Audience members are encouraged to bring a lawn chair or blanket to sit on.

The Palmdale Amphitheater is located at 2723 Rancho Vista Boulevard.