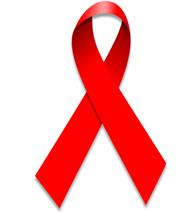 LOS ANGELES – The Los Angeles County Board of Supervisors on Tuesday approved $3 million in funding to expand access to HIV medical care.

“When people living with HIV get regular medical treatment, they live longer, healthier lives and are less likely to transmit the virus,” Kuehl said.

The money will go to a program called Medical Care Coordination, which helps patients get to their doctor’s appointments and stay on track, regularly taking medication that suppresses the virus.

About 1,200 residents are currently enrolled in the program and the new funding could reach 8,000 more, according to Kuehl and fellow Supervisor Hilda Solis.

“The total number of patients directly affected by these services is relatively small, but the ripple effect is likely to be much more far- reaching,” Kuehl said.

Solis said the expanded program would benefit “many of our most underserved and vulnerable residents, including in the Latino and African-American communities.”

Kuehl in particular has been a champion of prevention and care for those at risk of or affected by HIV.

She has successfully called for increased access to Pre-Exposure Prophylaxis, or PrEP — a pill that is up to 99 percent effective in reducing the risk of HIV infection — for uninsured and underinsured residents.

An estimated 2,000 Los Angeles County residents become infected with HIV each year, including large numbers of gay men, African-Americans, Latinos and transgender people. About 50,000 Americans and 2 million worldwide were newly infected with HIV in 2014, according to the county’s Department of Health and Human Services.