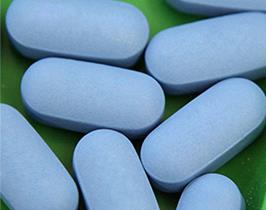 LOS ANGELES – The Board of Supervisors voted unanimously Tuesday to spend $11.5 million over two years to expand access to PrEP, an anti-HIV pill, for uninsured and under-insured patients.

Supervisor Sheila Kuehl championed broader use of PrEP, telling her colleagues that HIV still amounts to an epidemic.

“L.A. County continues to experience the second largest HIV epidemic in the country,” Kuehl said. “No single prevention program will completely curtail the spread of HIV, but expanding the use of PrEP could significantly reduce new infections.”

PrEP is an acronym for pre-exposure prophylaxis. When taken daily as directed, the PrEP pill can reduce the risk of HIV infection by up to 99 percent, Kuehl said. The medication interferes with the virus’s ability to replicate and establish an infection.

About 50,000 Americans and 2 million worldwide were newly infected with HIV in 2014, according to the Department of Health and Human Services.

Under federal guidelines, PrEP is recommended only for those who are HIV- negative and have an “ongoing substantial risk of HIV infection.”

Another drug, PEP or post-exposure prophylaxis, is designed for those seeking to prevent HIV after a single high-risk event of exposure.